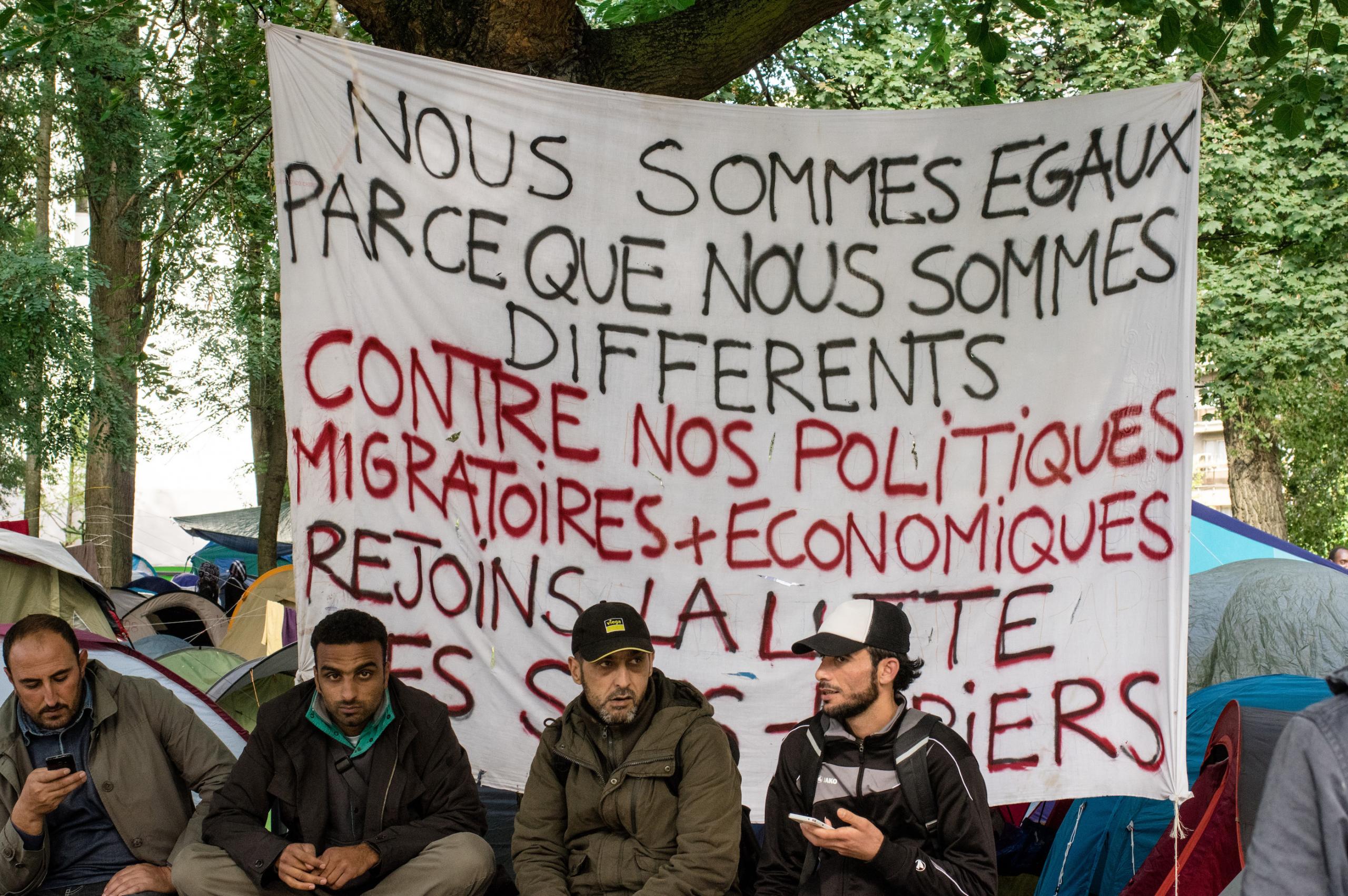 Even from a vantage point located well within the maelstrom of the COVID-19 pandemic, a future can be discerned which is not post-viral, but the world’s new normal.

As with all crises, great and small, the progress of events has called forth works from an army of academic scribblers, former military personnel, policy wonks of various stripes, and littérateurs of every description.

What has emerged is a mélange of prognostications and grinding axes, which are often more illuminating for what they don’t say as what they do.

Case in point: Aftershocks: Pandemic Politics and the End of the Old International Order.

Pictures of the authors, Colin Kahl and Thomas Wright can probably be found in the dictionary next to the entry for “policy wonk”.

The former was Joe Biden’s national security adviser for four years before moving to Stanford to run a research centre. The latter is a fellow at Brookings.

As policy insiders, Kahl and Wright have access to many current and former officials in the United States and Europe, and their book is peppered with interesting details culled from conversations with people in the position to know.

Perhaps this makes the authors liberals, but here we run into a chicken-and-egg situation since the causation could easily move in the other direction.

In any case, Aftershocks is one of those books that one so often finds in the current events catalogues of major publishers that manages to be interesting without being particularly illuminating.

The first two-thirds is a travelogue, starting with the origins and political consequences of the 1918 flu pandemic and then proceeding to a blow-by-blow history of the COVID-19 crisis.

Basing their narrative on the history of the earlier pandemic is apposite since it is certainly the only event in living memory that constitutes a legitimate comparison.

While the role of influenza in the final phases of World War I and its aftermath may not be quite the terra incognita the authors make it out to be, they are right to note that it is only recently that it has been given its proper weight in histories of the period.

Much is made of Woodrow Wilson’s bout of influenza during the Versailles Peace Conference.

The US president was incapacitated at a key point during the negotiations, and it is arguable that the lingering effects of his illness drained much of the forcefulness from his diplomacy.

The influence of the pandemic as an exogenous factor in political events forms a leitmotiv in the narrative. The overarching argument seems to be that COVID-19 struck at a particularly inauspicious time in international affairs.

Although globalisation, both in terms of the circulation of goods and people, remained a defining feature of the modern world, the resources available for positive international collaboration were lacking.

The reasons for this are not difficult to find. In the United States, the presidency of Donald Trump was distinguished by a kneejerk distrust of multilateralism, as well as by a belief in politics as a transactional exercise.

Europe had problems of its own. The drawn-out negotiations over Brexit, as well as the internal turbulence resulting from far-right populism and deteriorating democracies in Central and Eastern European member states, militated against decisive action by the EU.

International politics is also being shaped in profound ways by the increasingly muscular posture in foreign affairs taken by both Putin’s Russia and Xi’s China.

A goodly portion of Aftershocks centres on the efforts of the Chinese government to deflect attention from the fact that COVID-19 originated there and the bungling of the early response to the crisis by bureaucrats and military men engaged in a backside covering typical of authoritarian regimes.

This too is a running theme of the book, as the difficulties in dealing with an opponent that can’t be taunted, threatened, or lied to were especially challenging for Trump, Putin, and Xi (as well as Bolsonaro, Modi, and Duterte), for whom these are primary tools of political action.

Kahl and Wright have much to say about diplomatic relations between the US, China, the European Union, and Russia. One might feel that leaving out the rest of the world from much of Aftershocks is regrettable, but their intention was to focus on the most influential respondents to the Coronavirus crisis.

Aftershocks’ choice of historical comparisons is illuminating. The 1918 pandemic makes sense as a point of comparison. So also, if for different reasons, does the global financial crisis that began in 2008 and continued in various forms for the better part of a decade.

The latter plays a rather smaller role in the book, mostly as a point of contrast. But the question is poignant: Why was dealing with a financial crisis far less fraught than responding to a pandemic? The choice of priorities is as revealing as it is depressing.

Some of the cast of characters was different back in the Noughties, such as the internationalist Obama as opposed to the unilateralist Trump.

The global environment was also less tension-filled. This was the era of the so-called “great moderation,” when international financial crises were meant to be a thing of the past, in spite of the Forever Wars, as the War on Terror got dubbed.

China had not taken on the economic dimensions or aggressive profile that it currently has, and Vladimir Putin had not invaded Crimea and intervened in Syria yet, though there was Georgia. There were other differences as well, arguably more significant.

The crisis began in the United States and was, at least in the first instance, centred on problems in the housing and overnight repo markets (the latter using financial instruments generated in the former as a primary basis of collateral).

Finance is not the most transparent region of human endeavour, but it is certainly more visible than a virus. And the financial collapse happened in broad daylight.

The fixes were complicated, but, in the United States, mostly involved a small number of stakeholders. Wall Street could be saved, but the main street would just have to fend for itself.

The latter element was of no small consequence in helping elect Donald Trump to the White House and in creating his far-right following of impoverished Americans who felt abandoned by the Democrats.

The European Commission bailed out mostly southern member states using a carrot and stick approach, exchanging loans for budgetary discipline, AKA divestment from their public sectors.

The latter strategy helped prime Europe’s populist explosion, which has been the primary driver of anti-migrant and racist politics, and now vaccination rejectionism, in the EU.

In the case of the pandemic, it was much more difficult to tell what was going on. The situation would have been improved without the added elements of far-right bluster and conspiracy theories.

It’s not entirely clear, either from Kahl and Wright’s book, or on a more general level, that it would have been qualitatively better.

Pandemics and financial crises map onto global populations differently but tend to amplify far-right fears similarly, depending on the cluelessness of government responses.

In both cases, the likelihood that one will suffer a catastrophically bad outcome increases dramatically as one descends the income distribution.

Hence, the need for scapegoats, and even weaker members of society than just the poor, like migrants and minorities. As long as you can blame them, for a brief moment, you have some capital.

It’s certainly possible for rich people to die from the plague, but they tend to live in lower density circumstances and have considerably better access to healthcare.

A financial crisis, in many respects, has the reverse tendency. It’s a crisis of assets, and that’s the kind of thing that tends to promote alliances between bankers and governments.

For elites, to say that it’s even a crisis would be mistaken. Financial crises are more akin to opportunities, as all sorts of alleged innovation can follow from them.

Think the boom in fintech, the sharing economy trend, industry 4.0 memes and the smart city initiatives that followed the 2008 crisis.

US and European policymakers fell all over themselves to follow these developments in the wake of the bailouts, as though they reflected the wealth-making lessons of the meltdown.

Would a triumvirate such as Timothy Geithner, Hank Paulson, and Ben Bernanke have been able to overcome a crisis of the 2008 variety under pandemic conditions?

This question is unresolvable, although it’s fair to say that they would encounter greater turbulence than they did at the time.

Certainly, the proto-Keynesianism of the EU’s COVID-19 Recovery Plan, and return to big government in the United Kingdom, would stump them.

At the same time, the tendency of the policy wonk, be they liberal or conservative, is to heap importance on personalities and contingent circumstances rather than on the underlying failures of the system.

Aftershocks is an interesting book, and definitely worth reading. But it raises the question as to whether matters might have shaken out differently if the issue had been one of germs than dollars.

Krzysztof Kieślowski’s 1976 film The Scar, which chronicles the construction and operation of a large chemical factory, breaks many of the rules that had governed narrative cinema since the silent era. END_OF_DOCUMENT_TOKEN_TO_BE_REPLACED

The Russian government is awarding prizes to Macedonian writers. END_OF_DOCUMENT_TOKEN_TO_BE_REPLACED

The 1970s was a decade of broken dreams. The end of the postwar boom brought to a close the era of middle-class liberalism in Europe and North America. END_OF_DOCUMENT_TOKEN_TO_BE_REPLACED