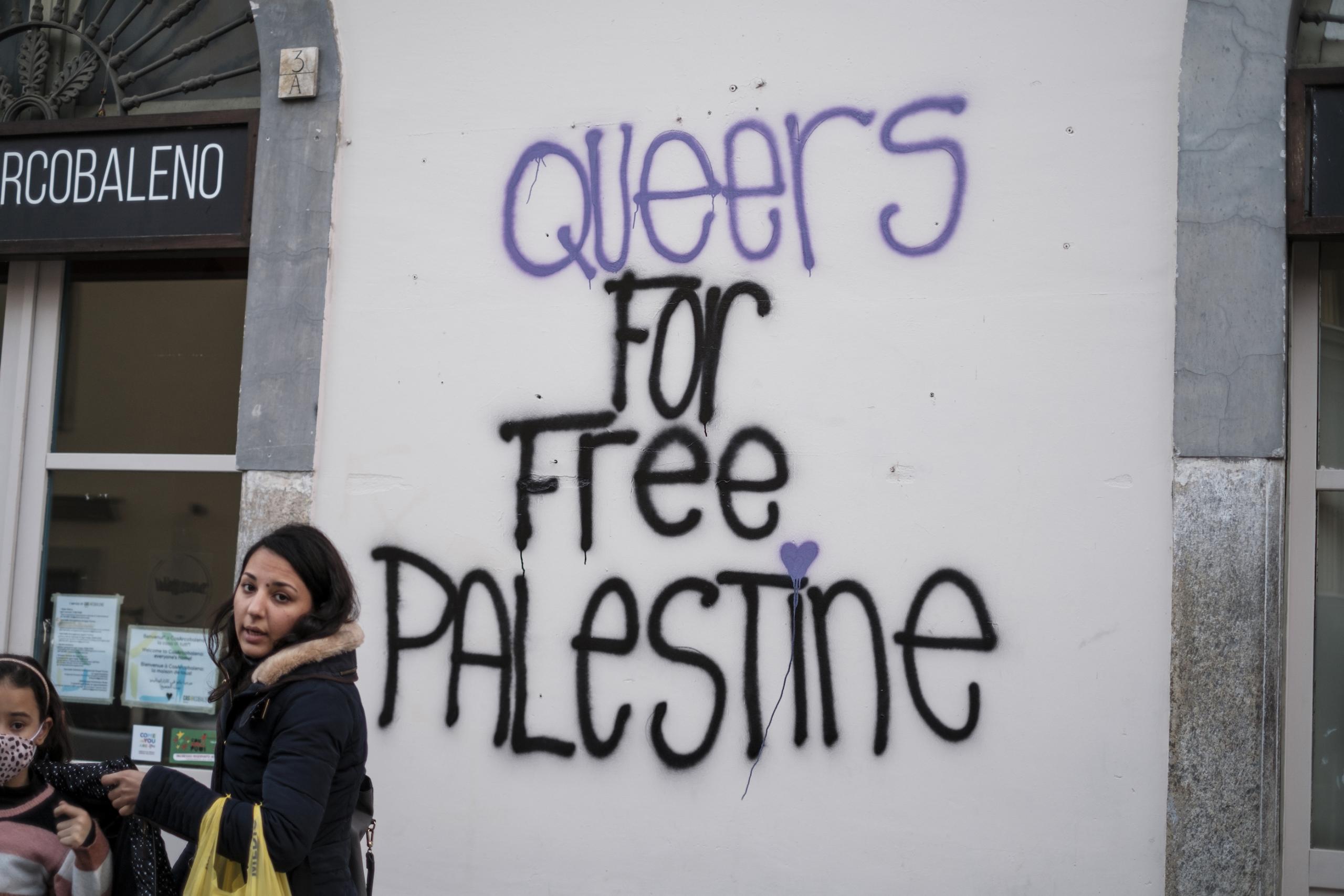 The reasons are several, and many relate to one’s own feelings of intellectual inferiority, both to the man himself and to those august personages who take up the cudgels to respond to him.

But if reading Žižek’s work teaches anything, it is that there is always something deeper, and probably more perverse, beneath outward appearances.

Heaven in Disorder collects a number of the philosopher’s occasional pieces from the last few years. As such, it is mostly free of the heady mixture of Hegel and Freud that make his more extensive philosophical tracts challenging for even diehard intellectuals to engage with.

Still, the Slovenian leopard can never entirely change his spots, as evidenced by his interesting (if not wholly apposite) degression into the importance of the presence of Lacanian psychoanalysts in recent political movements in Argentina and Chile.

Those conversant with Slavoj Žižek’s ever-expanding oeuvre will recognize many familiar features. He is still a contrarian, although somewhat less acutely so than in the years before COVID.

Žižek still has a penchant for repetition and self-quoting that would make an apt case study for a continuation of Freud’s work on this topic.

And he retains his propensity for scatological humour that causes one to wonder if he comes up with it himself or, rather, that he associates with people of a simultaneously very elevated and very base cast of mind.

What is remarkable about this latest collection is the frequency with which Slavoj Žižek’s capacity for lucid critical discourse shines through. His contrarianism works most effectively when the politics of the spectacle manifest the most absurd reversals.

Thus, for instance, Žižek adverts repeatedly to the case of Jeremy Corbyn, whose threat to the neoliberal establishment was such that its proxies in the Labour Party were willing to collude in labelling him an Antisemite.

Corbyn’s suspension from the party was perhaps the clearest indication of the power of narrative in shaping political space.

The downfall of the Labour leader resulted, according to Žižek, from the connection of two disinformation campaigns.

The first is the conflation of any sort of critical stance toward Zionism with Antisemitism. The second is the erasure of the Antisemitic aspects of rightwing Zionism.

Against this backdrop, the conversion of a true statement (some members of the Labour Party hold Antisemitic views) was converted into two false ones: Jeremy Corbyn is an Antisemite, and anyone who criticizes this view is one as well.

This is one of those cases so rich with irony that it is almost unbearable. Much of the dynamic was driven by the Tories, dead set against Corbyn’s crypto-Antisemitism, but perfectly happy to collaborate with Viktor Orbán, about whose Antisemitism there is nothing cryptic whatever.

Slavoj Žižek also points out that the charge of Antisemitism is no longer simply linked to one’s position on Israeli policies towards the Palestinians, but now encompasses anyone who expresses reservations about capitalism as well.

Here we find another reversal at a more elevated level.

Karl Marx argued that Antisemitism was, in essence, a constipated version of anticapitalism. According to the currently dominant chain of equivalencies, anticapitalism is simply a more or less explicit variety of Antisemitism.

There is a significant subset of the reading public, running the political gamut from right to left, who become fixated to the point of obsession with the epiphenomena of Žižek’s writing.

The philosopher is in part responsible for this, since his contrarianism sometimes gets out of hand and, like most contrarians, he has an exceedingly hard time recognizing this, for instance concerning his position on Syrian refugees of a few years ago.

Around 2016, Slavoj Žižek seemed to run down a populist rabbit hole, obsessed with the cultural differences between Syrian (and more generally Middle Eastern) refugees and Europeans.

This took him perilously close to the kind of fetishisation of Samuel Huntington’s Clash of Civilizations on the one hand, and the xenophobia and anti-migrant politics of Slovenia’s far-right premier, Janez Janša, on the other.

In Heaven in Disorder, Žižek makes a more considered and reasonable point.

The problem with the liberal approach to refugees, as it is to the question of poverty, is that it perpetuates the problem, addressing some of the symptoms but refusing to countenance its origins.

Obsessing about the differences between Europeans and Syrian refugees and insisting on the triviality of such differences are two sides of the same coin.

Neither leads to a serious engagement with the question of how groups of people are being turned into human chaff to be used as bargaining chips and weapons in the system of nationally-inflected global capitalism.

The pieces collected in Heaven in Disorder resist general summary. But if one were going to try to tease out the left stance that connects them, it would be that we must transcend the divisions that neoliberalism promotes, between the various us and thems.

In one of the most telling passages of the book, Žižek writes,

‘I, of course, apodictically reject anti-Semitism in all its forms, inclusive of the idea that one can sometimes “understand” it (as in, “Considering what Israel is doing in the West Bank, one shouldn’t be surprised if this gives birth to anti-Semitic reactions”). More precisely, I reject the two symmetrical versions of this last argument: “We should understand occasional Palestinian anti-Semitism since Palestinians suffer a lot,” as well as “We should understand aggressive Zionism in view of the Holocaust.” (One should, too, reject the compromise version: “both sides have a point to make, so let’s find a middle way . . .”)’

Ethnonationalism is the fruit of a poisoned 19th-century tree. Not surprisingly, those who are critical of Zionism, without being similarly critical of other versions of ethnonationalism, invite the charge of Antisemitism.

It’s tempting to make an exception for ethnonationalism as a basis for resisting colonialism. But there is an important difference between acknowledging ethnicity as a source of conflict and accepting it as a basis for citizenship.

Ethno-nationalism is perhaps the greatest tool ever invented for convincing proletarians that they may be exploited, but that their enemies are “really” just those that don’t belong to the right Volksgemeinschaft (racial community).

One often hears the charge of charlatanism directed at Žižek. This seems excessive. Certainly, there are plenty of charlatans in the world, and the ranks of our littérateurs are probably more heavily leavened with them than other parts of society.

But perhaps in the face of such charges, a bit of prurient curiosity is not out of place. All too often “charlatan” is simply a synonym for “enemy” or “someone with whom I prefer not to engage”.

Slavoj Žižek is worth reading not because we’re going to agree with everything (or even most things) that he says. The philosopher is worth reading because he creates a space wherein we can think about our ideas and whether they conform to our values.

Even if we mostly disagree with what he has to say, Žižek is a creator of disorder.

The readiness to offer ideas that discomfit our friends is salutary, as long as it is clear that we’re in sync with the commitments to freedom and justice that hold the left together.

Žižek retains a legitimate claim to that.

Krzysztof Kieślowski’s 1976 film The Scar, which chronicles the construction and operation of a large chemical factory, breaks many of the rules that had governed narrative cinema since the silent era. END_OF_DOCUMENT_TOKEN_TO_BE_REPLACED

The Russian government is awarding prizes to Macedonian writers. END_OF_DOCUMENT_TOKEN_TO_BE_REPLACED

The 1970s was a decade of broken dreams. The end of the postwar boom brought to a close the era of middle-class liberalism in Europe and North America. END_OF_DOCUMENT_TOKEN_TO_BE_REPLACED