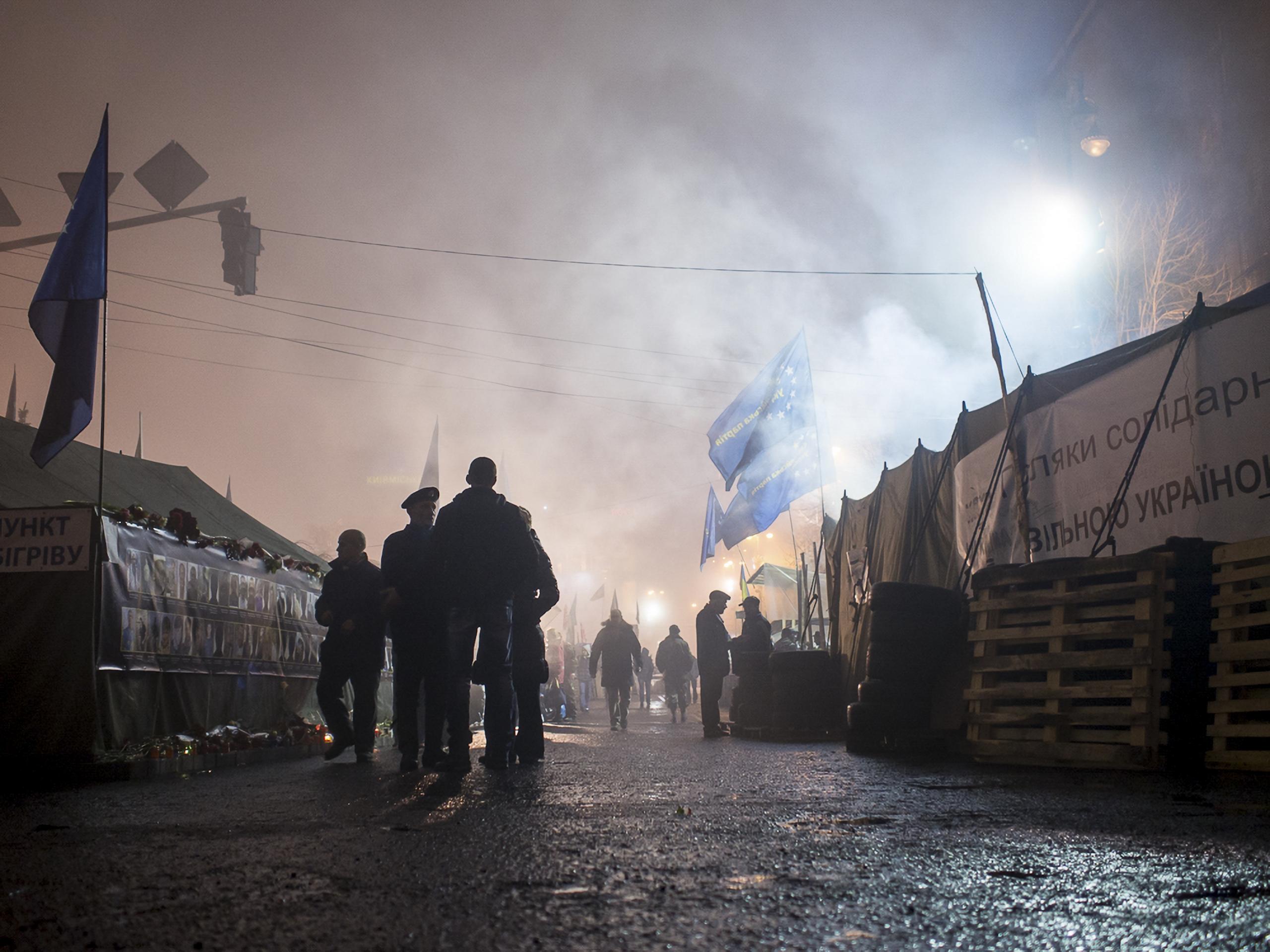 Of course, this is not the first time. Neither are Moscow’s losses, though they’re by no means a guarantee of an Afghanistan-style defeat, either.

The roots of the current Kremlin adventure are long and complex, but their most proximate origins are to be found in the protests that began in Kyiv in the winter of 2013.

At the time, Ukraine was led by Viktor Yanukovych, whose most prepossessing feature from the Russian perspective was his willingness to do Putin’s bidding.

Yanukovych’s fall from power and the transformation of the relationship between Russia and Ukraine are illustrated in minute detail in the newly published Ukraine’s Revolt, Russia’s Revenge, by Christopher Smith.

As a foreign service officer in the economic section of the US embassy in Kyiv in 2013 and 2014, Smith got a firsthand view of events, both at street level and in the offices of the higher level players. His story casts a number of factors in relief.

When Smith first arrived at his post, he found a country mired in corruption and enmeshed in a codependent relationship with Moscow.

Then, as now, there were considerable pro-Russian elements within Ukraine, both as hangovers from the USSR, and because of the historical relationship between the two countries.

Both Ukraine and Russia trace their origins back to the Kyivan Rus, a loose federation of polities existing from what is are now the Baltic states to the southern Russian steppes.

The most fundamental conflicts between Ukraine and Russia stem from differing interpretations of this historical background.

In the Ukrainian view of history, the Kyivan Rus is a precursor to the state that straddles the Dnieper from the Donetsk Basin to the East, to the former Hapsburg lands to the West.

For Russia, by contrast, the Kyivan Rus gave rise to the power of Muscovy, to which an earlier iteration of Ukraine swore fealty.

Such historical considerations may seem academic in the extreme.

And yet, when one hears Vladimir Putin argue, as he has for more than a decade, that Ukraine doesn’t exist, it takes little imagination to see how such ideas have influenced the present.

“This country [#Ukraine] shouldn’t exist. And we will do everything so that it doesn’t exist. And I told you, we will burn your constitution right on Khreshyatik…” Anton Krasovsky, Russian political journalist, and activist for both gay rights and the Putin government. pic.twitter.com/X5i40askSb

Christopher Smith’s experiences provide numerous illustrations of the pernicious nature of Ukrainian-Russian relations in the first two decades of this century.

Having come to a more or less amicable divorce during the breakup of the Soviet Union in 1989/90, the two countries could never quite break the chain.

Vladimir Putin’s reign has been characterised by a persistent, almost neurotic need to recreate the greatness of Russia that he feels was lost in the collapse of communism.

As such, Russia has routinely exerted its influence in Ukrainian politics and showed the bad temper of a jilted lover (or a psychotic ex-boyfriend) when its advances were rebuffed.

This was clearly in evidence in the Orange Revolution of 2004-5, when massive demonstrations broke out in Kyiv in the wake of a presidential election marred by startling corruption.

Viktor Yanukovych, head of the Party of Regions and Russia’s designated proxy, won against Viktor Yushchenko. But the election was annulled by the Ukrainian Supreme court and Yushchenko won the subsequent run-off.

One couldn’t say that Yushchenko hadn’t earned his office. He’d been poisoned with dioxin on the campaign trail in 2004.

Sadly, this sort of thing was, if not par for the course, not exactly an outlier either in a political scene characterised by payoffs, violence, and, occasionally, murder.

Yanukovych won a subsequent election in 2010, and this might seem to have put an end to much of the conflict between Ukraine and Russia.

As Smith discovered working on intellectual property law in the country, much of Ukraine’s political class was willing to go along with anything as long as the graft and bribes kept flowing.

Ukraine’s Revolt provides an eyewitness account of the situation in 2013 and of developments in the crucial months leading up to the violent events in Maidan Square, in February 2014.

The book starts off reading like a typically Eastern European story about endemic corruption but ends up like a thriller modelled after Frederick Forsyth or John Le Carré.

Smith found corruption at all levels of government, mostly linked to Russia, provider of Ukraine’s energy resources and the holder of billions of its debt.

While there was some authentic pro-Russian feeling in the country, particularly in Crimea and the Donetsk Basin (where the bulk of Ukraine’s ethnic Russians live), there was little support for the view that it should concede any of its sovereignty.

The beginning of Ukraine’s Revolt presents a broad picture of Yanukovych’s attempt to ride both sides of the fence between Russia and the European Union. The former wanted Ukraine to sign on to a greater Russian co-prosperity zone.

The EU, by contrast, wanted Ukraine to start the process of joining the bloc, a move that would have taken it out of Moscow’s orbit and clamped down on the graft and corruption that made so much of the Ukrainian government run.

Much of Ukraine’s Revolt comprises a day by day account of the breakdown of Yanukovych’s attempts to sideline the EU, while keeping the Kremlin and Ukrainians onside.

Smith draws on a large body of material generated by US embassy staff, about the growing unrest in central Kyiv and elsewhere in the country, giving the book a street-level feel.

The larger value of Ukraine’s Revolt are the ways in which it illustrates Russian tactics and goals as they developed over the succeeding eight years into the ongoing invasion.

The patterns are numerous and not difficult to discern. The charge that Ukraine was (and is) being run by Nazis is a staple of Russian disinformation.

While there are far-right movements in Ukraine, and while these did seek to leverage the 2013-2014 unrest, the conspiracy theories offered by Putin and the Russian media that Nazis ran the Maidan movement is risible in the extreme.

Christopher Smith illustrates the complex interplay of these forces with admirable clarity, showing how both the Ukrainian far-right was peripheral to events, and how the Russian far-right was hardly absent from them.

As is to be expected, charges of Nazism have more to do with the enduring power of Nazism as a term of abuse than with any facts on the ground, in Ukraine or elsewhere in the conflict.

Such charges are part of the larger picture of Russian disinformation. The assertion that a crisis exists is used as a precursor to making it exist.

Such tactics can be seen with particular poignancy in the Russian seizure of Crimea, which Vladimir Putin viewed as something of a consolation prize after Yanukovych was forced from power in the wake of the massacre of more than 100 protestors on 18-19 February 2014.

Still, this is not a leftwing book. Ukraine’s Revolt is, in certain respects, the sort of fare one would expect from a member of the US foreign service bureaucracy.

Smith projects an “aw shucks” sort of faith in the American project of truth, justice, and better trade relations for all, typical of Beltway books like this.

He mostly avoids policy questions, which is unsurprising but avoids the less mendacious sources of Putin’s animus toward the United States.

Still, Christopher Smith is a perceptive analyst of the politics and political figures with whom he interacted, and that’s a big part of what makes Ukraine’s Revolt valuable.

The story he has to tell provides valuable background for the violent struggle over Ukraine today, particularly for progressives who don’t understand the importance of the 2013-2014 period.

Vladimir Putin’s attempt to rebuild the glory that was Russia on the wreckage of the Soviet Union seems to have run aground in the battlefields outside Kyiv, Kharkiv, and elsewhere.

The magnitude of his miscalculation is surprising, given that the same tactics he’s been trying to apply to Ukraine worked so well in Crimea and the breakaway statelets of the Donbas.

Where things go from here is unclear. A complete takeover of Ukraine seems well out of reach. The question must now be asked what sort of settlement Putin will agree to.

If the Kremlin is sincerely playing for keeps, there’s no reason things still won’t get a lot bloodier before they conclude. That, in the end, may have been the point all along, anyway.

Photograph courtesy of streetwrk.com. Published under a Creative Commons license.

Mussolini in Myth and Memory, by Paul Corner

On Being A Fan

As the first chiming notes of Pavement’s “Grounded” rang out, I leaned into my friend. “This is my favourite.” Although a huge fan herself, with her interior décor and a large tattoo to prove it, she looked up at me, quizzically. “Really?” END_OF_DOCUMENT_TOKEN_TO_BE_REPLACED 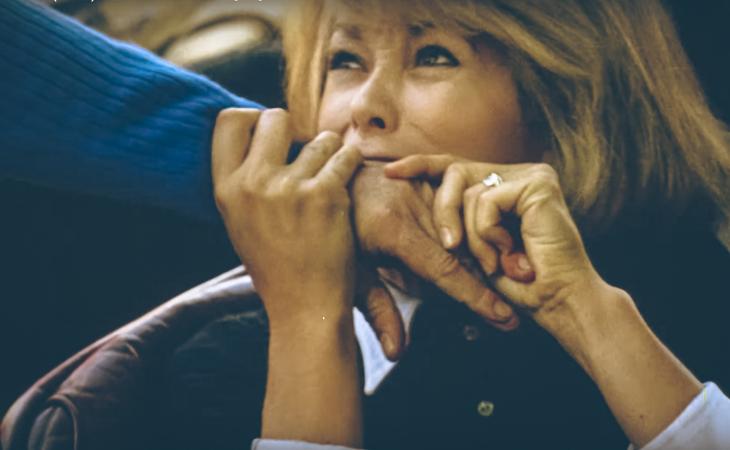 The first thing that came to mind, when I learned that Jean-Luc Godard had passed away, was a sequence from his 1967 film Weekend. Not one involving one of its many fiery car crashes or the guerrilla outfit that tramps around in the woods near the end, but something more subtle. END_OF_DOCUMENT_TOKEN_TO_BE_REPLACED