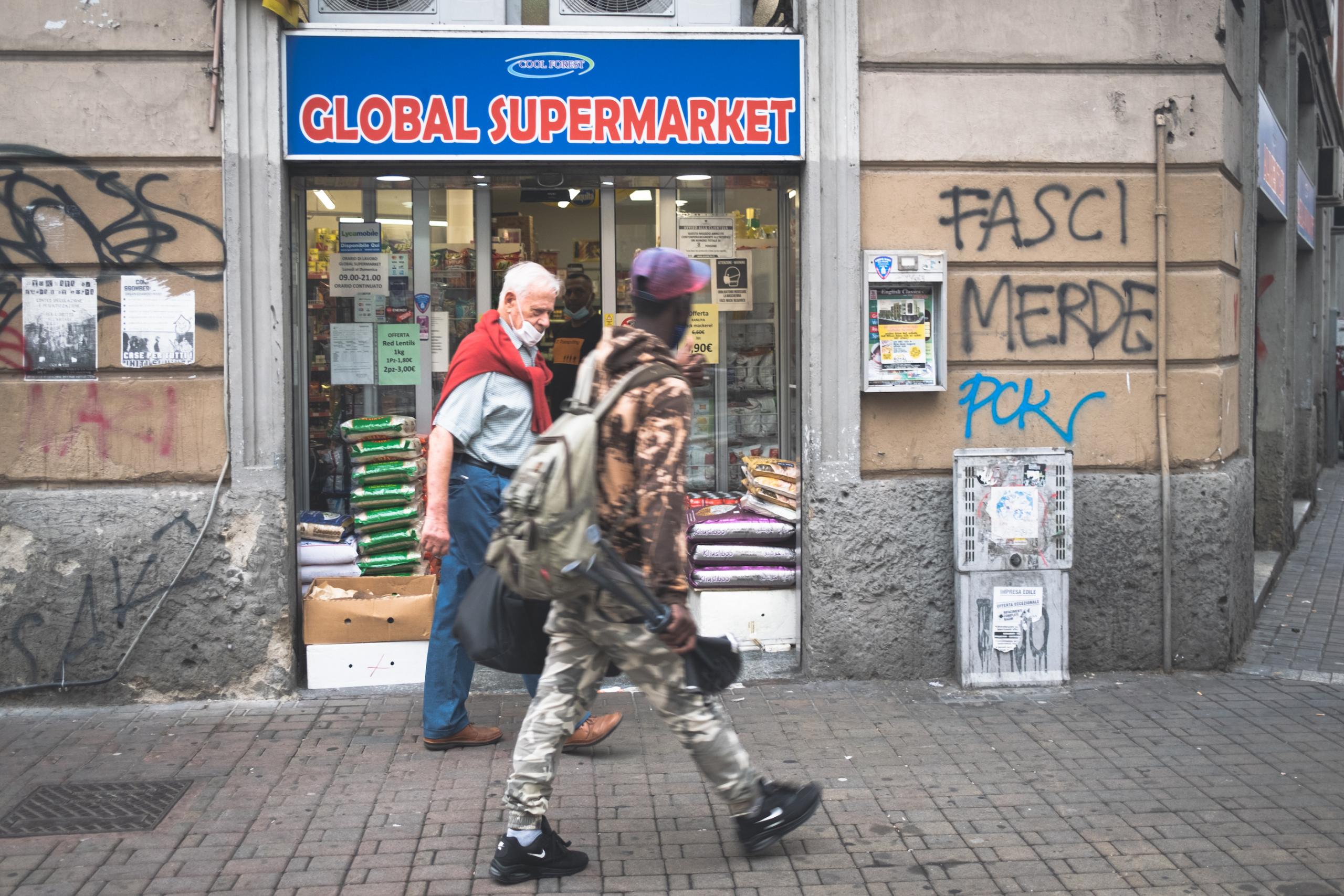 It ought to be easier. Yet, the deeper we dive, the more we recall US Supreme Court Justice Potter Stewart’s 1964 remark about obscenity. While he couldn’t explain it, “I know it when I see it.”

The complexities of trying to define fascism have been cast in relief in the last few years by the global spread of far-right politics. This has given rise to extensive debates about its revival.

History provides at least a partial answer. The movement led by Mussolini in Italy from the early 1920s to the mid-1940s designated itself as fascist.

Except for Oswald Mosely’s British Union of Fascists, a party that never achieved significant domestic influence, no other contemporary movement described itself this way.

Racism is an obvious example. Italian fascism espoused xenophobic views of Blacks but did not take up Antisemitism until prompted to do so by Germany in the late 1930s.

The same is true concerning Antisemitism, of Leon Degrelle’s Rexist Movement in Belgium. This inconsistency applies to practically any characteristic that one could name.

With the exception of anticommunism, there is no doctrine that can be attributed to all fascist or authoritarian groups. It might be better to say that there is no clear understanding of fascism.

This is not for lack of trying. Fascism studies have coalesced as an academic field in the last twenty years, predating the present resurgence in politics that people tend to call “fascist”.

The University of Wisconsin Press has now begun issuing the complete works of George Mosse. At the time of his death in 1999, Mosse was the doyen of fascist studies avant la lettre.

George Mosse was a refugee from fascism. He was born in Berlin in 1918 into a family that ran one of the largest publishing concerns in Germany.

The family fled the country in 1933, shortly after the Nazi Machtergreifung, going first to Switzerland and subsequently to California.

Educated at Haverford and Harvard, Mosse wrote a doctoral thesis on the constitutional history of the English Civil War.

The scholar is best remembered for The Crisis of German Ideology, which he published in 1964.

Rather than relegating the origins of Nazism to the margins of German culture, Mosse argued that “völkisch” discourse and ideas populated the mainstream.

When coupled with the trauma and defeat in the First World War, these ideas became the basis for an ideology with broad appeal. What the book did not present was a theory of fascism.

One reviewer noted, “one of the most striking results of the author’s research is to demonstrate the questionable usefulness of the general conception of Fascism to the extent that the differences between German Nazism and other varieties of Fascism may be greater than the similarities”.

In The Fascist Revolution: Toward a General Theory of Fascism, the latest title in the UW Press series, George Mosse came closer than at any other point to evincing a general concept.

Yet, much of this definition is left to the reader to assemble from various statements and allusions made throughout the book.

First published in 1999, The Fascist Revolution collects essays written between 1961 and the author’s death. These cover a range of topics including fascist aesthetics, nationalism, fascist intellectuals, the occult roots of fascism, and others.

The most significant piece in the collection is (unsurprisingly) “Toward a General Theory of Fascism”, a much-expanded version of a piece originally published in 1979.

The essay provides a wealth of interesting arguments and observations about fascism. Still, it is crucial to note the preposition with which the title begins.

To take one of a large number of points, Mosse notes that the association of fascism with terror overlooks the fact that most of the fascist regimes of the 1930s achieved widespread support.

Their path to power was not to smash the existing liberal states, but merely to take over from them as they collapsed.

George Mosse argued that the origins of these movements are not economic or political, but the piety and millenarianism inspired by the tumult of the interwar period.

Consonant with his position in The Crisis of German Ideology, Mosse focuses on culture rather than class. This helps explain why he didn’t find communism to be an inspiration for fascism.

In part, this has to do with his rejection of the common Marxist explanation of fascism, which sees it as a bourgeois attempt to fix the dysfunctions of capitalism by repressing the proletariat.

Clearly, this interpretation is overly simplistic and schematic. Yet failing to take account of the fear of Bolshevism throws the baby out with the bathwater.

The fear that the Russian Revolution would spread to other European states was palpable in the 1920s and 1930s, and it was by no means limited to right-wing circles.

Mosse and those that followed him in fascism studies have been adamant that there was some sort of fascist core that would warrant its designation as an ideology like socialism or liberalism.

While scholars accept that opposition to socialism/communism/Bolshevism is a motivating factor in interwar fascist politics, it’s surprising that it doesn’t get more play today.

In part, this may be due to the overemphasis that fascism received from conservative historians in the postwar years, who argued that it was a response to a real or perceived communist threat.

In his Three Faces of Fascism (1965), a book that played a central role in establishing the comparative study of fascism, German historian Ernst Nolte stated, “Fascism is anti-Marxism which seeks to destroy the enemy by the evolvement of a radically opposed and yet related ideology and by the use of almost identical and yet typically modified methods, always, however within the unyielding framework of national self-assertion and autonomy.”

This takes the balance too far to the other end of the spectrum. Roger Griffin, one of the most senior and well-respected members of the fascism studies community, nonetheless voiced respect for Nolte’s book and its role in opening up new avenues for studying fascism.

Griffin contributes an introduction to the new edition of The Fascist Revolution. This is interesting in itself since his account of fascism differs significantly. The historian has gone further than Mosse in attempting to establish a comprehensive definition of generic fascism.

For Roger Griffin, its defining characteristic is “palingenetic ultranationalism”. Palingenetic, the less straightforward of the terms, refers to the rebirth of the nation.

The defining quality of fascism is, thus, an ultranationalism that calls forth a new past, fundamentally distinct from previous pasts. Or, as Griffin puts it:

“what all permutations of fascism have in common…is that the nation needs to be, or is about to be, resurrected Phoenix-like from the forces of decadence…”

To what degree does this apply to contemporary politics?

People like to call Donald Trump a fascist, and admittedly he has some fascistic qualities. He clearly believes that the rules and institutions of American liberal democracy don’t apply to him.

Yet, somehow, “Make America Great Again” doesn’t seem to rise to the level of a new order in the making.

It sounds a lot more like a recreation of a world that Trump believes existed before the sissies and communists took control of America, not fascism’s golden era.

Compare the Hitlerjugend frolicking in Leni Riefenstahl’s Triumph of the Will with the image of Trump telling louche anecdotes at a Boy Scout jamboree.

Admittedly, the question is abstract. When one is getting battered and tear-gassed by jack-booted goons, the niceties of a precise definition may seem academic in the worst sense of the word.

But there is a point at which differences matter. If fascism is going to be more than simply a term of abuse or a synonym for authoritarianism, it must be clear what it’s about.

Indeed, concepts must work to justify their existence. In this case, the work that needs to be done is to identify the specific nature and causes of fascism so that it can be effectively combatted.

If these are the same as the cluster of movements from the 1920s and 1930s, then there are perhaps lessons to be learned from that history.

If the current phenomena are novel, then the correct techniques of opposition need to be based on an analysis of what they are.

There is a strain of thought that claims that naming Trumpism or any of the other right-wing populist movements of present-day fascism will focus the minds of their potential opponents.

Sadly, the time when that had a chance of working is long past.

“Fascism” and “fascist” have been so widely employed as terms of abuse that the shock value that they once might have contained has mostly dissipated.

While allusions to 20th-century fascism can help galvanise progressives to fight the good fight, using fascism as an insult doesn’t have the same effect it once did.

The historian Eugen Weber once noted that fascism had become a way of “giving the dog a bad name” (so that he may be hanged).

The reissuing of George Mosse’s work is a timely reminder of how that doesn’t happen anymore, and why it’s necessary to make fascism a pejorative again.

This year marks the 30th anniversary of the death of Francis Bacon, the English artist whose life and radical painting during the second half of the 20th century continues to throw up new revelations and blockbuster exhibitions. END_OF_DOCUMENT_TOKEN_TO_BE_REPLACED 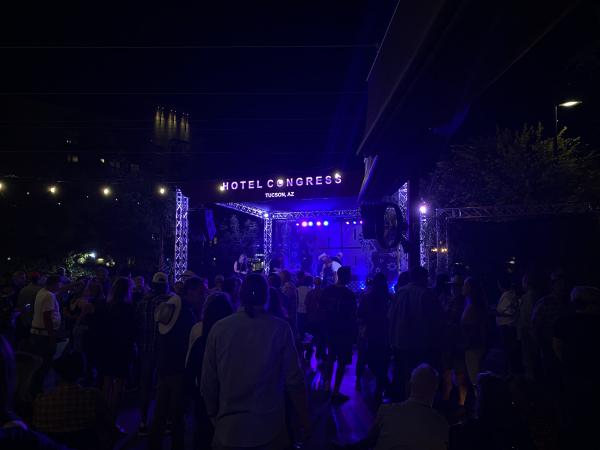 The Dark Side of Alternative

When it happened, I’d finally decided to move forward through the crowd, loosely grouped in front of the outdoor stage at Tucson’s iconic Hotel Congress. Beloved local band Sidewinders, the penultimate act at this Whole Enchilada benefit show, was already playing their third number. But I still hadn’t committed myself to the experience. END_OF_DOCUMENT_TOKEN_TO_BE_REPLACED 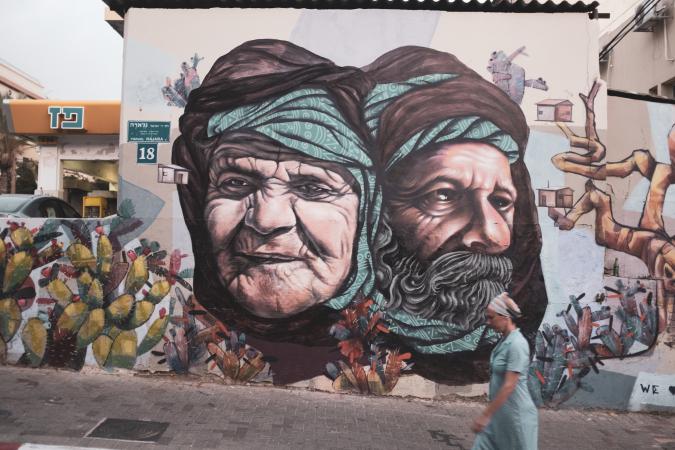 Israeli band El Khat’s new album Albat Alawi Op. 99 is the sort of record that gets better over time. Although intriguing from the outset, it proves too complicated to absorb right away. END_OF_DOCUMENT_TOKEN_TO_BE_REPLACED