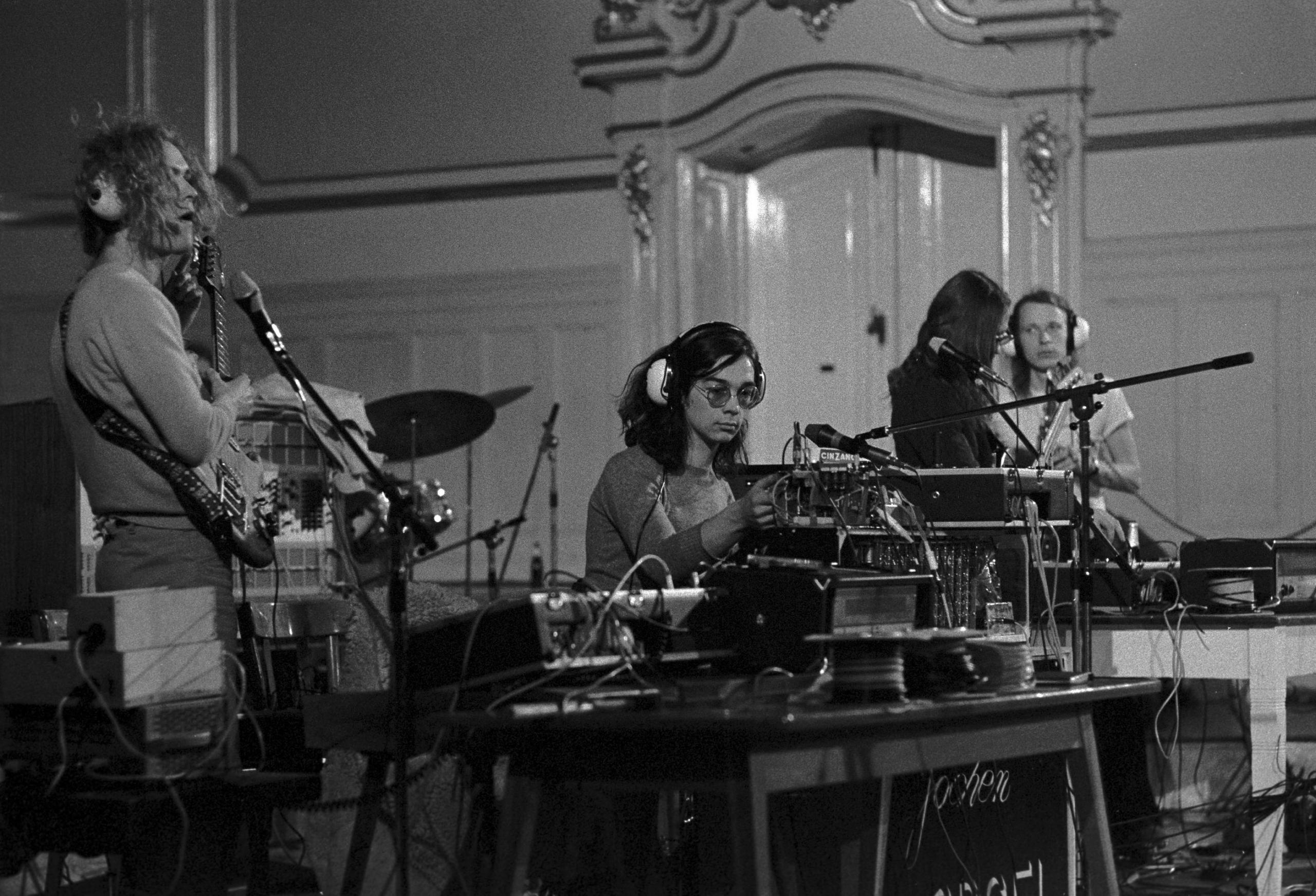 And then the bass comes in, a single note that yokes the previously meandering drums to its propulsive throbbing.

If you didn’t know already that Punkt actually dates back to the mid-1970s, this is your tip-off. Because as great as the music of the various incarnations of “Neo-Faust” – for a while, there were two parallel bands agreeably sharing the name – that more recent music largely turns its back on the simple pleasures of rock-and-roll.

There are good reasons for that, both aesthetically and ideologically.

What had seemed novel in the early years of what would eventually be called “classic rock” would have sounded all-too-familiar in the wake of punk’s more experimental offshoots. Clearly, the participants in this reconstituted project had other priorities than to reinvent their own wheel.

Nevertheless, anyone who loved the records they made before parting ways in 1975 will be delighted to have another reminder of what set Faust apart from their German contemporaries.

More than anything, it’s the rhythm section. Less peripatetic than some of their acid-saturated precursors, more pared down and primitive than Can, and less precise in its minimalism than Neu!, they keep finding a rock-and-roll groove in spite of themselves.

That opening number on Punkt, “Morning Land”, is one example. So is the shambling third track “Knochentanz” (“Bone Dance”), which manages to sustain an almost unbearable intensity – as if a door kept blowing open, despite every effort to close it — for nearly twelve minutes, calling the Velvet Underground’s “Sister Ray” to mind.

But it’s not until the fifth track “Juggernaut” that Faust fully claims – through the perverse temporality of this album that was “lost” for nearly half a century – the paradoxical mantle of proto-post-punk.

The opening guitar chords combine Ramones-worthy speed with the ragged sandpaper sound that would eventually make its way from the Buzzcocks and Wire to Mudhoney’s early grunge favourite “Touch Me I’m Sick”.

Although “Juggernaut” then evolves in a direction more in keeping with the four tracks that precede it, the reminder of just how hard Faust was capable of rocking is sufficient to make listeners hear them with fresh ears.

Distance conflates, whether measured in space or time. After Faust had travelled to the UK to record their fourth album for Richard Branson’s upstart Virgin label, they responded to the way they were received there by titling one of its tracks “Krautrock”, playfully embracing the problematic category into which the British music press was eager to fit them.

Their previous album, The Faust Tapes, had proven to be a surprising, if mild, success, largely thanks to Virgin’s decision to release the LP for the cost of a single.

Because people who otherwise wouldn’t have dared to risk a purchase – this was a time when sampling records before buying them was tedious at best – were enticed by this promotional price, Faust’s idiosyncratic approach to music-making had begun to exert an outsized influence.

Even if listeners didn’t fully understand what the band was trying to do and lacked the context to situate them in relation to their peers, they perceived a willingness to break with mainstream conventions that differed sharply from what the burgeoning prog rock movement was offering.

Instead of high-concept epics, so lavishly appointed that many fans of traditional rock and roll found them lacking in its simple pleasures, The Faust Tapes – which were themselves reissued last year – provided an experience more akin to hanging out with smart, creative people who felt free to explore whatever ideas popped into their heads.

Because that’s precisely what Faust was, an experiment in prolonged collaboration made possible by Polydor Germany’s mistaken impression that they could turn out to be Germany’s answer to The Beatles.

Given a substantial advance, the band used it to create a kind of commune in the Hamburg suburb of Wümme, choosing to live a low-budget, liberated existence so that they could document it with top-notch equipment.

By all accounts, there were plenty of drugs and sex. The countercultural 1960s of lore didn’t peak in Germany, which was still catching up with the victors of postwar Europe, until the early 1970s. That’s when things became most politically and aesthetically radical.

And that’s what listeners in the UK were picking up on when they listened to The Faust Tapes, which magically transmuted this belatedness – much as Kraftwerk did, though in a different way – into anticipation, a sense that the foreclosed future being mourned in the English-speaking world might still be possible.

Where prog was tight, The Faust Tapes was loose. Where prog sublimated the brute sexuality of the backbeat, Faust found a way to preserve its essence, while still softening the blow.

The fact that this approach to music survived being transplanted to the UK and was successfully distilled in the band’s somewhat more conventionally assembled fourth album is a surprise. But the fact that it so forcefully manifested itself in the making of this “lost” fifth one is a minor miracle.

Having run afoul of Branson, in part because IV didn’t match sales of The Faust Tapes, the band returned to Germany and hammered out the entirety of Punkt in a little over a week.

For musicians who were used to developing tracks from months of jamming and messing around with technology, having to be that efficient might have seemed like a betrayal of their beliefs, resulting in a lacklustre outcome.

Indeed, it seems likely that members of the band remembered the sessions that way, since Faust dissolved soon after. That would explain why it took last year’s box set to get the album released, finally.

But make no mistake. Punkt still sounds like the result of close, extensive collaboration. Wherever their muse takes them – and it’s certainly a stubborn will’-o-the-wisp – the teamwork they developed over years of living and working alongside one another bears fruit.

The accidents that ended up playing a central role in Faust’s early records, all the dead-ends turned into new beginnings, culminate here in an impression of richly structured spontaneity, as if they had turned the aesthetics of free jazz inside out, revealing its beat-bound negative space.

Trying to listen to Punkt on its own terms, rather than its place in the band’s career, makes it easier to comprehend the pun in its title.  In German, “Punkt” designates the period at the end of a sentence. But “Punk” means the same thing it does in English.

Even though the album marked the conclusion of Faust’s initial run, its new life is making it possible to see how the band’s approach to music anticipated the emergence of punk. Although the band’s investment in experimental improvisation comes through loud and clear, Punkt reveals it to be a mode of what literary critics call deconstruction.

What we hear in Faust’s first three LPs, especially their eponymous debut and The Faust Tapes are musicians working hard to pare down their music to its most basic elements. What we hear on IV and now Punkt, which confirms its predecessor’s promise, are those same musicians learning how to build a sustainable aesthetic from those elements.

If it was left to other bands to do the sustaining, that takes nothing away from Faust’s remarkable accomplishment. We can discern their influence in so many different kinds of music, from the anarchic post-punk of The Ex to the indie rock of Pavement to the hip-hop collages of De La Soul.

It might be indirect, two or three levels removed from someone who loved The Faust Tapes when it came out or thrilled at the madness of the band’s infrequent live shows. But what Faust stood for continues to pulse through the world of music-making far louder than the work of bands with a far greater commercial impact. 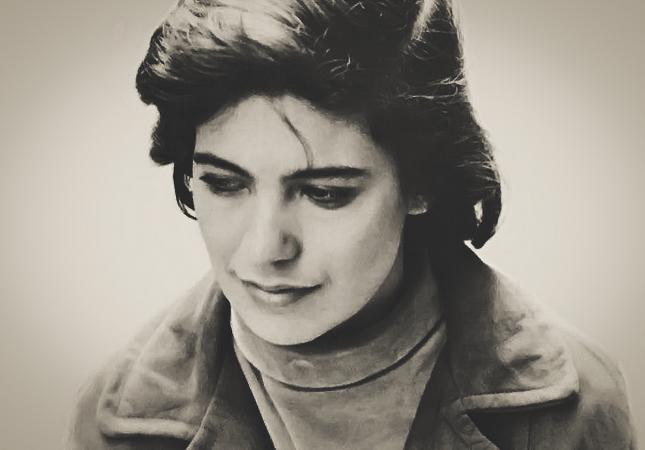 Between Europe and America

There was a time in the 1960s and 1970s when Susan Sontag somehow became an international star. END_OF_DOCUMENT_TOKEN_TO_BE_REPLACED 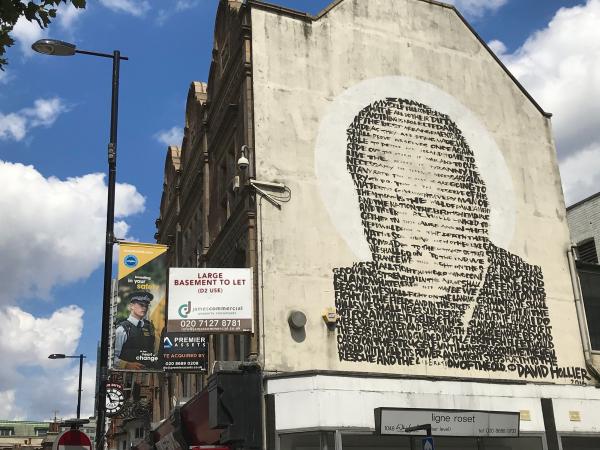 The Snake in Lion Drag

Winston Churchill: His Times, His Crimes, by Tariq Ali

Since his student days in the Oxford Union in the 1960s, Tariq Ali has been a blunt teller of truths, not unduly concerned with the feelings of those who think otherwise. END_OF_DOCUMENT_TOKEN_TO_BE_REPLACED 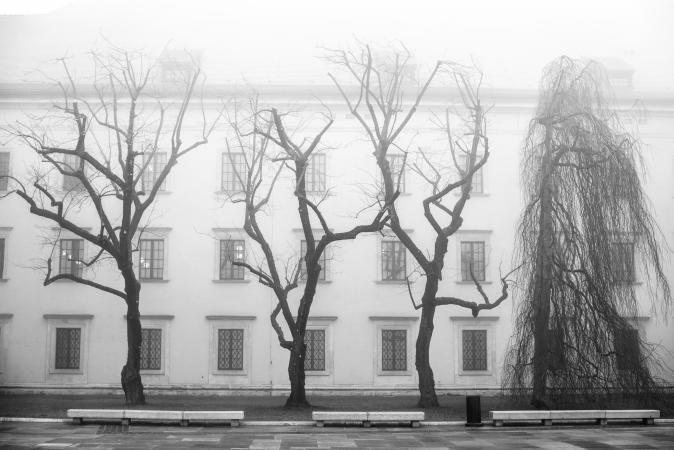 With their latest release Regards / Ukłony dla Bogusław Schaeffer, American duo Matmos further close the gap between what is still classified, however anachronistically, as “classical” music and the pop idiom to which their brand of experimental electronica remains indebted. END_OF_DOCUMENT_TOKEN_TO_BE_REPLACED