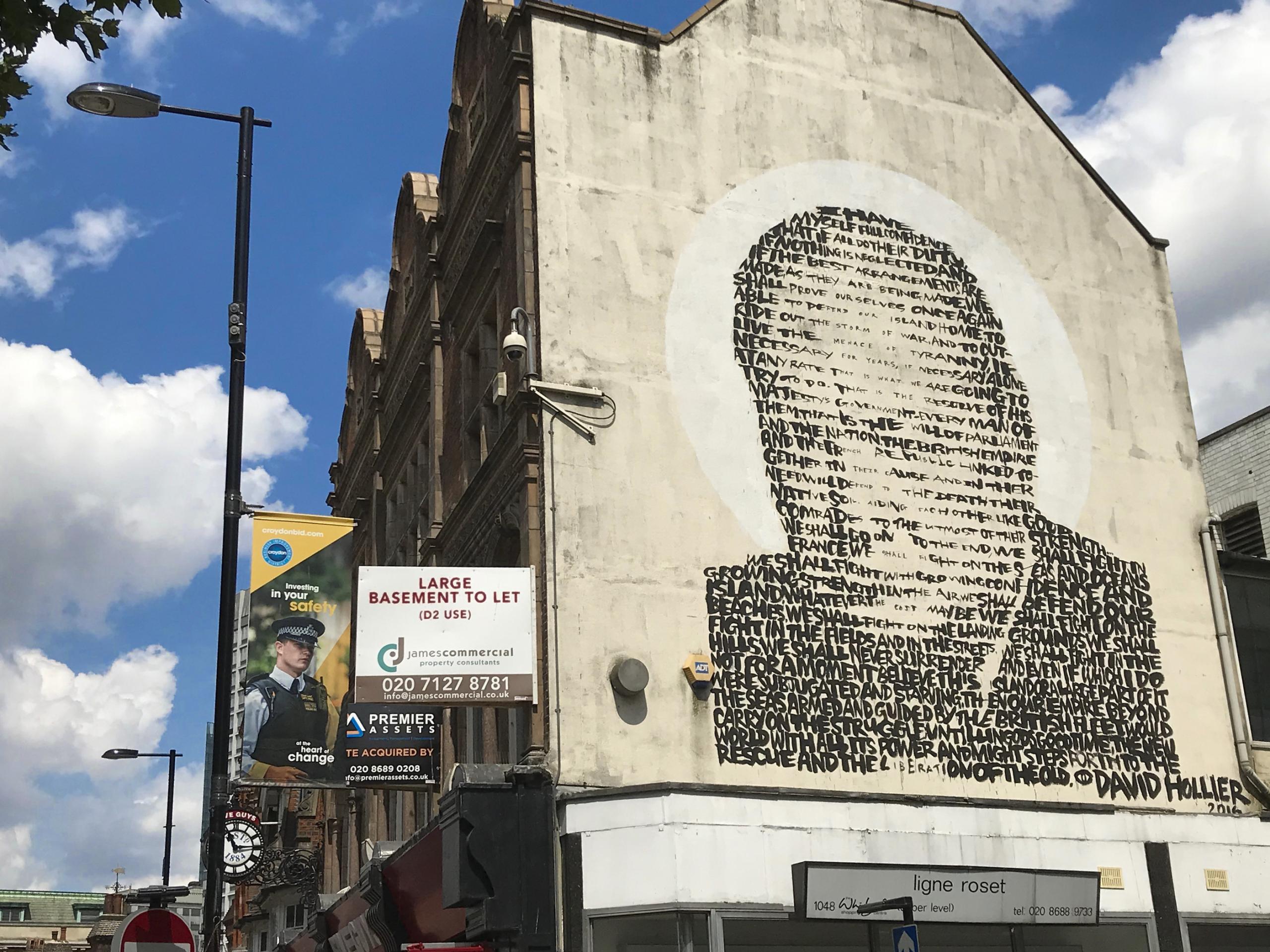 Father of the nation, Croydon.

As is clear from the title of his latest book, Winston Churchill: His Times, His Crimes, time has not mellowed Ali’s candour.

One would be hard-pressed to imagine a figure better suited for Tariq Ali than Britain’s idolised wartime premier.

Recent books such as Richard Toye’s Winston Churchill: A Life in the News (2020) and dramas such as Churchill (2017) testify to a national obsession with Churchill, synonymous with Brexit.

But, as Ali notes, grandstand cheers for Winston Churchill, and fond recollections of his speeches promoting resistance to the Nazis, hardly give a fair or balanced picture.

Much to the annoyance of liberals and conservatives alike, Tariq Ali’s book is a stark reminder of the dangers of appraising a man based on a few events, outside the larger context of their life.

The defining features of Churchill’s worldview were a devotion to the British Empire and contempt for the non-whites and foreigners who rejected its rule.

There have been plenty of efforts to soft-pedal Winston Churchill’s unapologetic racism and imperialism in these years.

The most recent, Candice Millard’s Hero of the Empire (2016), turns the Boer War from the brutal conflict that bequeathed “concentration camp” to the lexicon of European barbarism into a backdrop of brave deeds and journalistic hijinks.

Still, it’s the perfect sales pitch for a would-be politician.

Making the jump from journalist to parliament, Churchill became a Tory MP in 1901, before leaving for the Liberals three years later.

Appointed Home Secretary under HH Asquith in 1910, Churchill earned the long-running enmity of many in Wales for using police to put down a miner’s strike over poor working conditions.

Tariq Ali’s book is less a biography than a systematic contextualisation of Winston Churchill’s reactionary views and persistent bungling in British politics.

Each of the chapters deals with a specific theme, and most include extensive historical background material, allowing the reader to frame not only Churchill’s politics, but how they fit within broader historical themes.

It is thus surprising that the section dealing with the greatest of Winston Churchill’s crimes — his failure to address the horrific famine in Bengal in 1943 — contains rather less of the long backstory.

Tariq Ali’s account of the history of the British in India is relatively truncated, but the book doesn’t suffer for it.

Much as he has been pilloried by conservatives for his rough handling of Churchill, Ali’s account of his role in the famine is balanced and remarkably restrained.

The fact that it is discussed at any length stands in stark contrast to most of the extant biographies of Churchill.

The famine, along with concomitant outbreaks of disease, killed more than 5,000,000 people in Bengal in just more than a year.

As readers of Mike Davis’s Late Victorian Holocausts will know, eyewitness accounts paint a picture of utter horror and degradation. The British government’s unwillingness to provide anything but the most meagre food relief was simply ghoulish.

This sort of detail is routinely ignored by Churchill’s hagiographers.

To take an example that Ali does not cite, but which only reinforces his point, the affair receives only the most cursory mention in the 1000+ pages of the final instalment of William Manchester’s three-volume biography, The Last Lion, published between 1983 and 2012.

Named after Churchill’s most famous portrait, Yousuf Karsh’s The Roaring Lion, Manchester’s book minimises the death toll to around 700,000 (still grim but not as abysmal as the actual numbers) and blames the weather and the Japanese, advancing through Burma.

Tariq Ali notes that the weather did play a role, as does Davis, whose book is about the interplay of climatological and political forces in the outbreak of famines.

But for Ali (as for Davis and other historians), the causes of famine in the modern world are always human, and in this case, can be pinpointed on the unwillingness of the British to divert food supplies from the military to avert a humanitarian crisis.

It is important to note that Tariq Ali presents these decisions in the larger frame of the war. But in doing so, his account does not shy away from freighting Churchill with the moral and political culpability his role merited.

One has only to read the blurbs on the back of the book to get some impression of the vitriol that Ali’s book has excited in the conservative press. It is hardly surprising to find the reviewer for the right-wing Telegraph describing the book as a “Marxist insult to history.”

But one needn’t be a Marxist to take on board Ali’s criticisms of Churchill, pointed as they are.

Winston Churchill was wholly unapologetic about his reactionary views, be they about race, labour politics, women’s suffrage, or the British Empire.

Ironically, throughout his life, Churchill was criticised for lacking political consistency. On those topics, though, he never deviated.

In his most famous aperçu, the British historian Lord Acton claimed “power tends to corrupt, and absolute power corrupts absolutely”.

His next line, seldom noted or quoted, is that “the great men of history have always been bad men”. This could not be more relevant to Winston Churchill.

Churchill is justly credited with being one of the first British politicians to recognise the danger posed by the rise of Adolf Hitler and Germany’s uncontrolled rearmament.

Likewise, his intransigent unwillingness to surrender to Hitler for two years while the United States dithered is also often viewed as the central feature of his legacy.

But to focus on these things to the exclusion of darker matters, and to puff them up beyond what they actually amounted to, does no favours to history.

Tariq Ali’s book is hardly a biography. Or, perhaps it is, but of the British Empire in the last century of its existence, focusing on one of its most important figures.

What Winston Churchill: His Times, His Crimes is, indubitably, is an important corrective to those accounts of Churchill and the era in which he lived which insist on sanitising them.

Korean-German philosopher Byung Chul-Han is the quintessential postmodern figure. Having to come to Germany to study metallurgy, he switched fields and mastered the argot of German philosophy. END_OF_DOCUMENT_TOKEN_TO_BE_REPLACED

François Truffaut’s  The 400 Blows is one of cinema’s all-time classics, the 1959 film that demonstrated how deftly a new generation of French critics could transform themselves into the filmmakers of la nouvelle vague. END_OF_DOCUMENT_TOKEN_TO_BE_REPLACED

Everyone has something to say about the violence at the 2022 Oscars, whose host called “the greatest night in the history of television”. END_OF_DOCUMENT_TOKEN_TO_BE_REPLACED