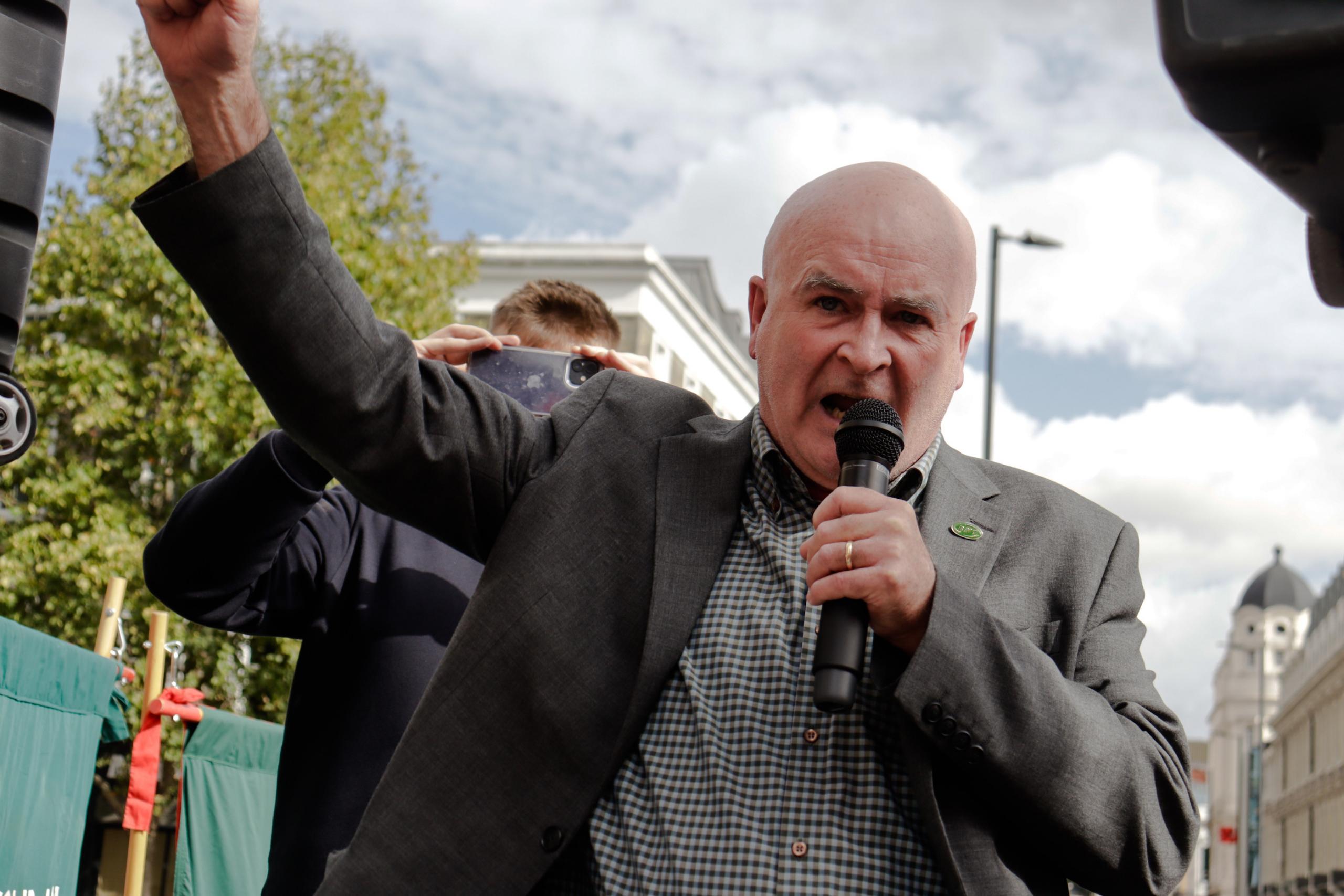 We’ve been here before, but we’ve forgotten.

No wonder the Sunak government is facing another wave of strikes. Even nurses are on the picket lines.

The spectre of trade union power is back, but it’s a far cry from the victories of yesteryear.

Striking workers helped bring down two governments in the 1970s. Unfortunately, the Thatcherites would take revenge against the unions in the 1980s.

These strikes are the fightback against decades of neoliberal governance.

At the same time, Prime Minister Rishi Sunak is seeking a return to the years of normality – austerity, in other words.

Sidekick Jeremy Hunt is working to this same end. Nevertheless, this could be another doomed twosome.

Sunak and Hunt will be well aware of the line of failures they’re following: Truss, Johnson, May and Cameron.

It seems unlikely that the premier will be able to save the Conservatives from a crisis of their own making.

He needs enemies, and he’s found one: the unions.

Rishi Sunak hopes he can rebuild his tattered Tory coalition around anti-union sentiment.

Thankfully he may be misreading the public mood.

Trade union leader Mick Lynch has become the face of trade unionism in Britain. He’s the natural target of a Tory smear campaign.

The Daily Mail has dubbed him ‘Mick Grinch’ for supposedly trying to steal Christmas, while The Sun has invoked hypocrisy over Lynch’s pay packet.

It’s hard to imagine Lynch makes as much as its celebrity editor, Victoria Newton. Gossip sites claim her net worth is 5 million US dollars, if that’s any indication.

Striking railway workers are a favourite target for hacks because no one likes the inconvenience of not being able to get a train from A to B.

Yet trains would run on time if railway workers had no reason to strike.

Make no mistake, the National Union of Railway, Maritime and Transport Workers (RMT) is a target because it’s one of the few bullish unions left. Never mind effective trade unions.

Of course, the RMT is a much easier target than underpaid nurses who were on the frontline of the pandemic. These are the people who saved lives and comforted the sick and dying.

A YouGov poll suggests that 64% of the public supports the nurses, while Opinium estimates it at 60% support.

Even 48% of Conservative voters polled by YouGov supported the strike compared to just 42% of Lib Dem voters.

Most voters support an increase in NHS funding with one YouGov poll finding 82% of the public want to see this.

No wonder the public mood may have shifted on industrial action thanks to the state of disrepair the UK is in.

The NHS has been defunded for over a decade and nurses have seen their pay frozen, while more and more medical professionals leave the public health sector.

The UK health system is about to melt down. Tory MP Sajid Javid has openly talked up moving to an insurance-based health system.

This was an unimaginable position ten years ago when the NHS was still held up as sacred (and still is by many people).

Meanwhile, the Sunak government is hoping to use dissatisfaction with the railway strikes to build popular support for its anti-strike laws.

Many Conservative voters want tougher legislation to restrict the right to strike even more than it already has been.

Labour leader Keir Starmer has refused to say he would repeal anti-strike laws once in office though the party is officially committed to repealing anti-union legislation.

This is yet another case of the Tories throwing red meat to its hard-line base, while Labour kicks its natural constituents in the teeth.

Far from reflective, the Labour leadership has seen polls ratings give it a 25% lead over the Conservatives and concluded its lack of radicalism and vacuity is its greatest strength.

The truth that the public is increasingly sick of Tory misrule is no endorsement of Labour’s failures is lost.

Voters are crying out for change and many of them are happy to settle for less.

The End of Neoliberalism

Unlike Starmer, Mick Lynch is a straight-talking, working-class Londoner with a clear head under pressure.

So far, he’s succeeded where others have failed in making the case for strikes clear to the public despite all distortions.

Few people like Lynch survive unscathed by the media.

There are very few media organisations that take the side of the strikers.

The Daily Mirror, as the only pro-Labour tabloid, has run some sympathetic coverage, while The Morning Star, with its small readership, is the only consistently pro-worker newspaper in the country.

Even liberal publications like The New Statesman have warned that the RMT needs to remember the mistakes of the National Union of Miners.

As if the lesson of the miners’ strike was that the Tories will show mercy if you lie down in front of them.

As if that doesn’t shine an unflattering light on The New Statesman, conservative media has platformed more sympathetic coverage of Lynch this year.

Amusingly, The Spectator has published an article this summer bemoaning the loss of labour reporting and praising Mick Lynch for his panache.

The union leader continues to run rings around the likes of Richard Madeley and Piers Morgan. Neither presenter could land a punch on Lynch who has no stake in playing the media’s game.

Much of the UK media class still has not recognised that the neoliberal period is coming to a close.

What will succeed is unclear, but it looks like the role of the state will be very different.

The country is far less stable than it was in 2016. We’re facing a society wracked by different crises.

It’s hard to see how the Sunak government will be able to chart a steady course through such troubled waters, let alone save the status quo.

Team Sunak-Hunt has opted for a return to fiscal restraint after the profligacy of Boris Johnson and the tumultuous six-week reign of Liz Truss.

But time is running out and a general election will have to be held by January 2025.

We all hope for a better year in 2023, but it’s certain that the dark clouds go much further than the horizon.

The hope is that the instability will favour the likes of Mick Lynch rather than Keir Starmer or Rishi Sunak.

Foucault once suggested that Clausewitz’s famous observation, “war is not merely a political act but a real political instrument” carried out by other means, be reversed, with politics made an extension of war. END_OF_DOCUMENT_TOKEN_TO_BE_REPLACED

Brexit will turn three on the last day of January, over six years since the 2016 referendum kickstarted Britain’s race to the bottom. END_OF_DOCUMENT_TOKEN_TO_BE_REPLACED

Be careful what you wish for. It may be a cliché, but it’s one the Greens are learning all over again. END_OF_DOCUMENT_TOKEN_TO_BE_REPLACED