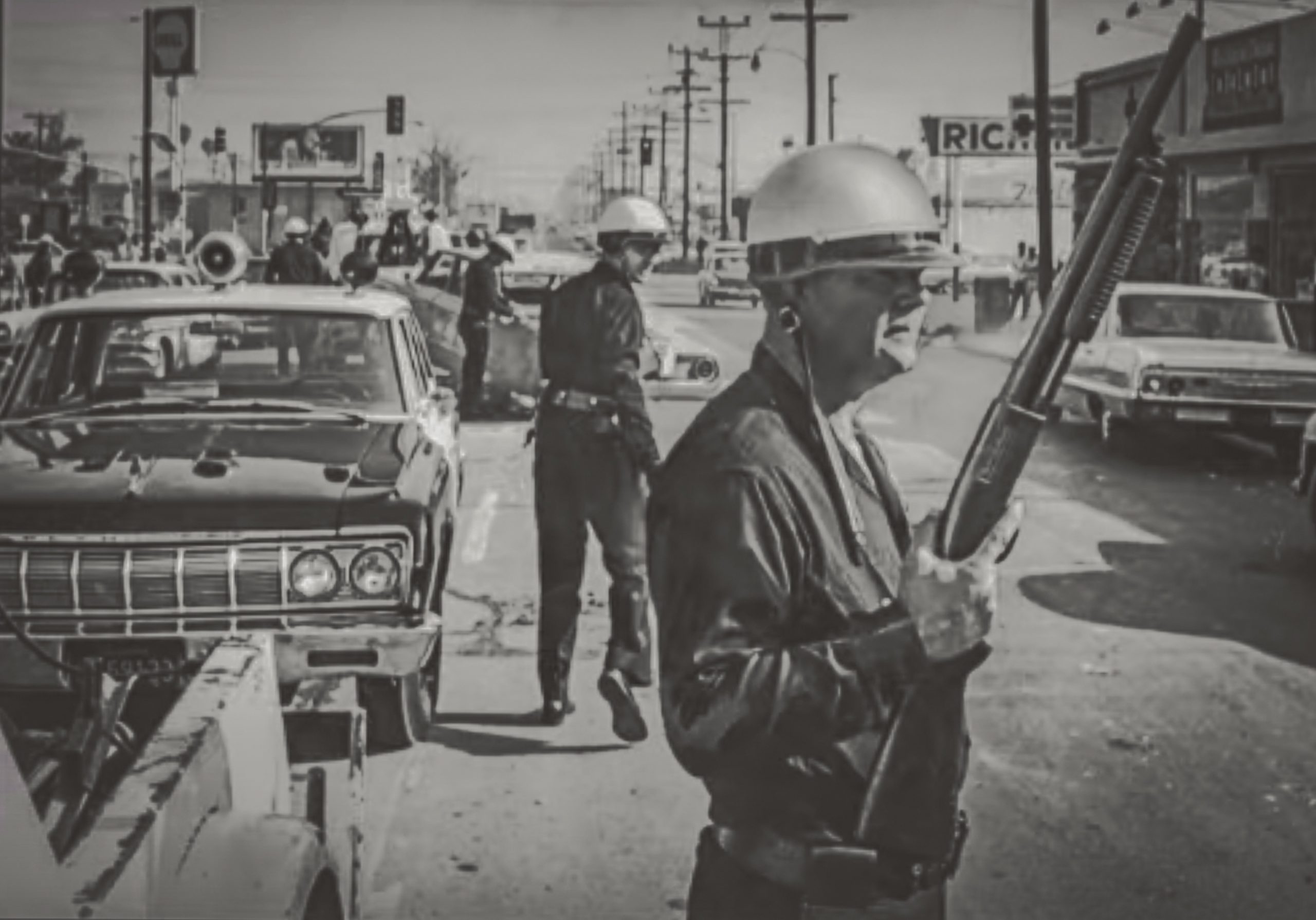 Mike Davis is the most remarkable product of American intellectual culture working today.

In the course of some twenty books, as well as numerous articles, Davis has traced the intersections of race, politics, and the city through the history of the American labour movement, the politics and culture of Los Angeles, famines under European colonialism, and the origins and development of the car bomb, to name only a few.

An autodidact and polymath, Mike Davis has always operated outside the standard furrows of academic history.

Davis is an emeritus professor of creative writing at the University of California, Riverside, though he never managed to complete his doctorate at UCLA.

As an undergraduate in the 1960s, Mike Davis managed to get expelled after a short stint at my alma mater, Reed College, a feat which I could not manage twenty years later (although not for lack of trying).

In his first book, Prisoners of the American Dream (1986), Davis asked the question why the United States was alone among first-rank industrial states never to have had a mass-based political party of the working classes.

As it would be in many of Davis’ later writings, the issue of race and racism in American political life was central. Race runs like a red thread in American politics and culture from the earliest days of the republic to the present day.

According to Mike Davis, the unwillingness of American labour movements in the south to adopt interracial solidarity was a crucial element in their failure to gain broader political traction. This was the case in other parts of the US, too.

Davis was by no means the first person to address this topic. Still, his combination of thorough research and lucid prose immediately made him a force to contend with among historians of the American labour movement.

Mike Davis’ approach focused on more than just race in explaining the peculiar structure of the movement and its relationship to politics. Geographical and cultural factors also played important roles. But the centrality of race in Davis’ argument proved highly influential.

Labour history in the United States is a niche concern. Few in the reading public at large are familiar with the work of such luminaries as David Montgomery, David Brody, or Melvyn Dubofsky, to say nothing of more classical figures such as John R. Commons. In City of Quartz (1990), Davis vaulted from their ranks into the territory of political and cultural historians.

A truly exceptional work, City of Quartz tracks the history of Los Angeles from its founding through the 1980s, from the Arroyo Set through the rise of the white, conservative hegemony centred on the Los Angeles Times and the Chandler dynasty, the political turbulence of the 1960s, the rise of suburban power and minimal cities in the 1970s, and finally into the hypermodern politics of space and finance that characterized the 1980s.

Davis’s reference points are numerous and varied, including the works of early civic boosters, the noir novels and films of the 1940s and 1950s, the Los Angeles Free Press, the writings of Joan Didion, films such as Robocop and Blade Runner (although oddly not Repo Man), and judicious helpings of relevant scholarship.

The truly impressive thing about City of Quartz is not the amount of material digested in the course of its construction, although that is prodigious. What is really striking is that the book is composed of essays that are both individually consumable and also compose a coherent whole.

Although some critics decried its political engagement (it was accused in the Los Angeles Times of “knee-jerk leftism”) even those hostile to its political orientation generally conceded that it was a major contribution to the history of the city.

Since the book’s publication, Mike Davis has returned repeatedly to the topic of Los Angeles, its history, and the meanings of its various histories for our understanding of the intersections between politics, economics, and the growth of cities.

In works such as Ecology of Fear: Los Angeles and the Imagination of Disaster (1998) and Magical Urbanism: Latinos Reinvent the U.S. Big City (2000), Davis continued to track the vectors of urban growth and racial politics.

In the latter work, Davis branched out, tracing the rise and transformation of Latino influence in American politics and urban development, but Los Angeles was never far from the centre of his concerns.

Over the next decade, Mike Davis moved gone farther afield, looking both at the politics of starvation (2001’s Late Victorian Holocausts), pandemics (2005’s The Monster at our Door), slums (2006’s Planet of Slums), and neoliberalism (2007’s Evil Paradises). Then his output, at least of books, dropped off for a time.

In the last two years, however, Davis has returned with two major works. In 2018 he published Old Gods, New Enigmas: Marx’s Lost Theory, a major contribution to the regeneration of Marxist theory. And then came Set the Night on Fire: L.A. in the Sixties, a book that must now rank as the state of the art in histories of Los Angeles.

Written in collaboration with the historian and journalist Jon Wiener, Set the Night on Fire comprises a series of overlapping narratives that, taken in their totality, tell the history of the city before, during, and after the Watts uprising of August 1965.

Where City of Quartz was remarkable for its scope and breadth, Set the Night on Fire relates the history of Los Angeles in the 1960s at an incredibly fine level of granularity.

The backdrop for this history is a city that was through the 1950s a bastion of white protestant racial and political hegemony.

The power of the Chandler dynasty was still considerable. While the notorious corruption of the LAPD had been reined in by William H. Parker after his appointment as Chief of Police in 1950, the department’s role as deliverer of racial discipline had become even more pronounced.

The election of the conservative, red-baiting, racist Democrat Sam Yorty to the mayoralty set the imprimatur of white supremacy on the government of the city for the balance of the decade.

Mike Davis and Jon Wiener track a range of struggles for political liberation beginning with movements for African American and gay civil rights and women’s protest movements in the years that lead up to the upheaval in Watts in 1965, and the explosion of anger in the black community resulting from a range of grievances (police violence, economic exclusion, housing discrimination, etc.).

Watts forms a focal point around which the two parts of the book coalesce. In its wake, African American radicalism became significantly more intense, with groups such as the Black Panther Party and Ron Karenga’s US Organization, vying for power in the community.

Overlapping the rise in black militancy in the latter half of the decade was the nascent movement for the civil rights of the city’s Latino population. This is yet another interesting story of spatiality and power, detailing how Latino activists began to overcome their ghettoization in mostly unincorporated East Los Angeles.

Coming into its own only several hundred pages into the book, this might at first have the appearance of an afterthought. But Davis and Wiener break open complex historical events and processes into narratives that can be understood in context. This is literary storytelling at its finest.

As with Mike Davis’ other texts on this topic, this is no hagiography of the left. The authors are unsparing in relating the political shortcomings even of people with whose overall approach they are at least sympathetic.

Thus the violence of the black militant factions, culminating in the murder of Black Panther activists Bunchy Carter and John Huggins by a US Organization member at UCLA in 1969 receives extensive and judicious treatment.

Likewise, the failings in terms of gender consciousness among these groups (women in the US organization had to wait to eat until the men had finished) is properly adverted to and contextualized in light of issues of African American masculinity.

Set the Night on Fire has much to tell us both about the history of Los Angeles and about the currently relevant question of race, urbanism, and security in the United States and Europe.

The level of violence and repression directed by police at the black and Latino communities in Los Angeles is emblematic of the ways in which modern-day police forces throughout the Americas and Europe code their maintenance of racial and class orders.

If “Black Lives Matter” has recently become an effective slogan in the United States and EU, it is also clear that the struggles of the present day have been built in modes of consciousness and community whose roots were on the streets of American cities during the 1960s.

Indeed, one can easily trace the thread that leads from the decline of African American political militancy in the early 1970s to the rise of the Crips and Blood sets of the 1980s, and from there to the reinscription of modes of racial politics that can be seen from the Los Angeles to Cleveland to the banlieues of Paris and beyond.

While there are aspects that one might add to the mix, such as the rise of suburban political consciousness (the so-called “Sunbelt Bolshevists”) these need to be seen against the backdrop of the history from below that Set the Night on Fire lays out in minute and compelling detail.

Mike Davis and Jon Weiner have written what must now be considered the standard history of Los Angeles in the 1960s.

Screenshot courtesy of Watts Riots of 1965. Published under a Creative Commons license.