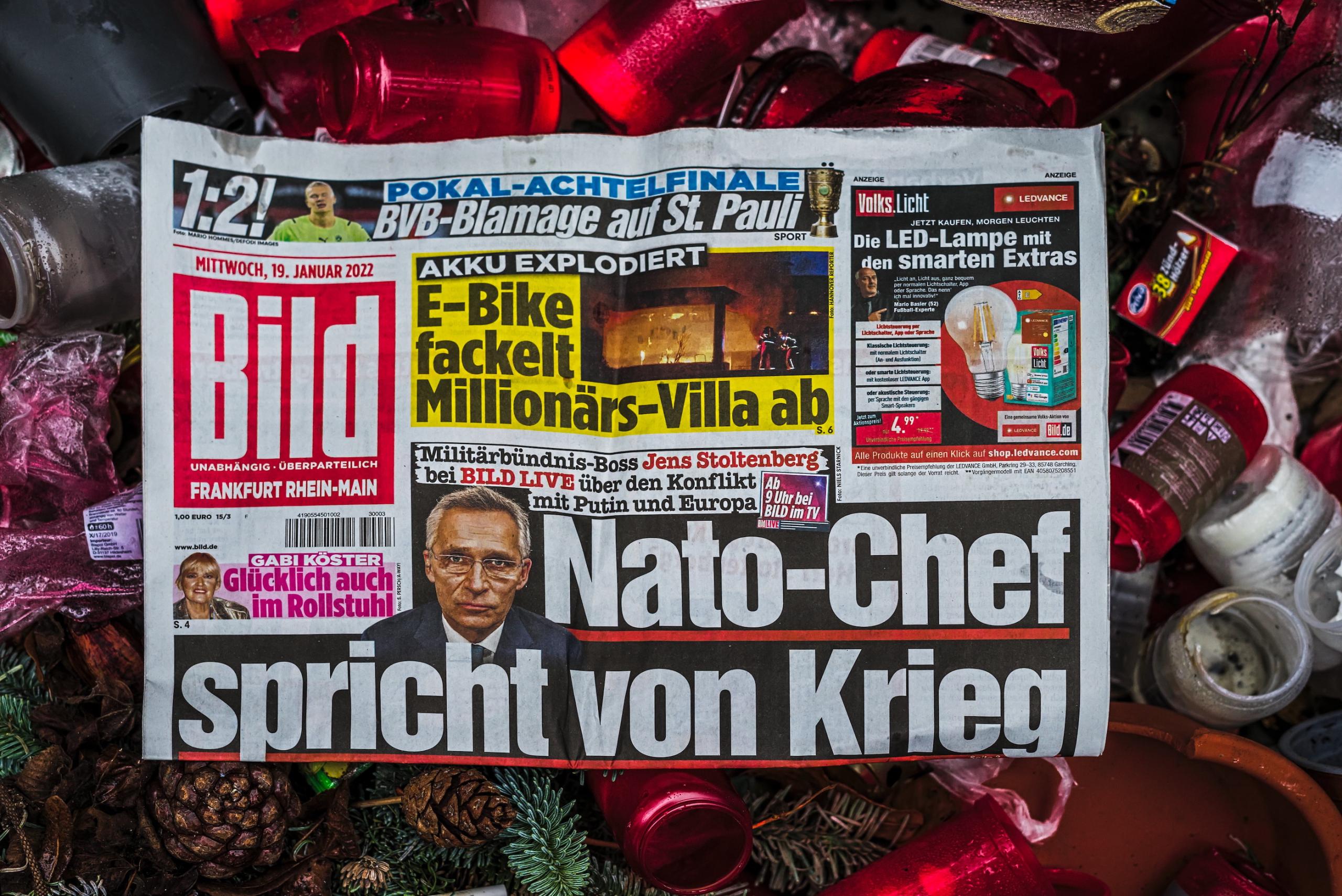 Good for the tabloids. Frankfurt, 19 January.

From Chechnya to Crimea, Putin has used the Russian military as a tool to remake Russia’s Near Abroad in his own interest and image.

With Russian forces massing on the eastern border of Ukraine, the European Union looks to be facing its most serious military crisis since the Kosovo War started, in February 1998.

Is this just a game of brinksmanship for Vladimir Putin, or is Russia on the verge of its first European military operation since the Soviets invaded Czechoslovakia, to put down the Prague Spring, in August 1968?

In the new episode of Left To Burn, John Foster and Josh White assess the likelihood of military action, the possible outcomes of an invasion, and the potential consequences for world politics.

Foster and White also look at the history of how we arrived at this point, and how the prospect of NATO and EU expansion has played into Russian foreign policy calculations.

NATO, in particular, faces its greatest challenge since the breakup of the former Yugoslavia, in the early 1990s.

For a brief moment, the alliance’s withdrawal from Afghanistan raised questions about its purpose. What would it do without a War on Terror?

Though its forces remain engaged in a diminished role in Iraq, Afghanistan was its biggest and longest military commitment, spanning nearly two decades.

The Russian military buildup around Ukraine put a quick end to that speculation, bringing the alliance right back to where it started: Facing Moscow, not the Taliban.

This isn’t 1948, though, and Cold War 2.0, as it’s been dubbed, has not been an ideological war, but, rather, a simmering conflict, to recycle older language, between longstanding imperial powers.

What will the impact of such a conflict be on Europe?

Writing in The New York Times on Thursday, Steven Erlanger argued that it’s an opportunity for countries like Germany to shed their peace-loving, leftist pretensions and get real.

We think arguments like those of Erlanger are dead wrong, and offer up our own analysis as an antidote to the tired and unhelpful Cold War ideas being called on today.

Photograph courtesy of 7CO. Published under a Creative Commons license.