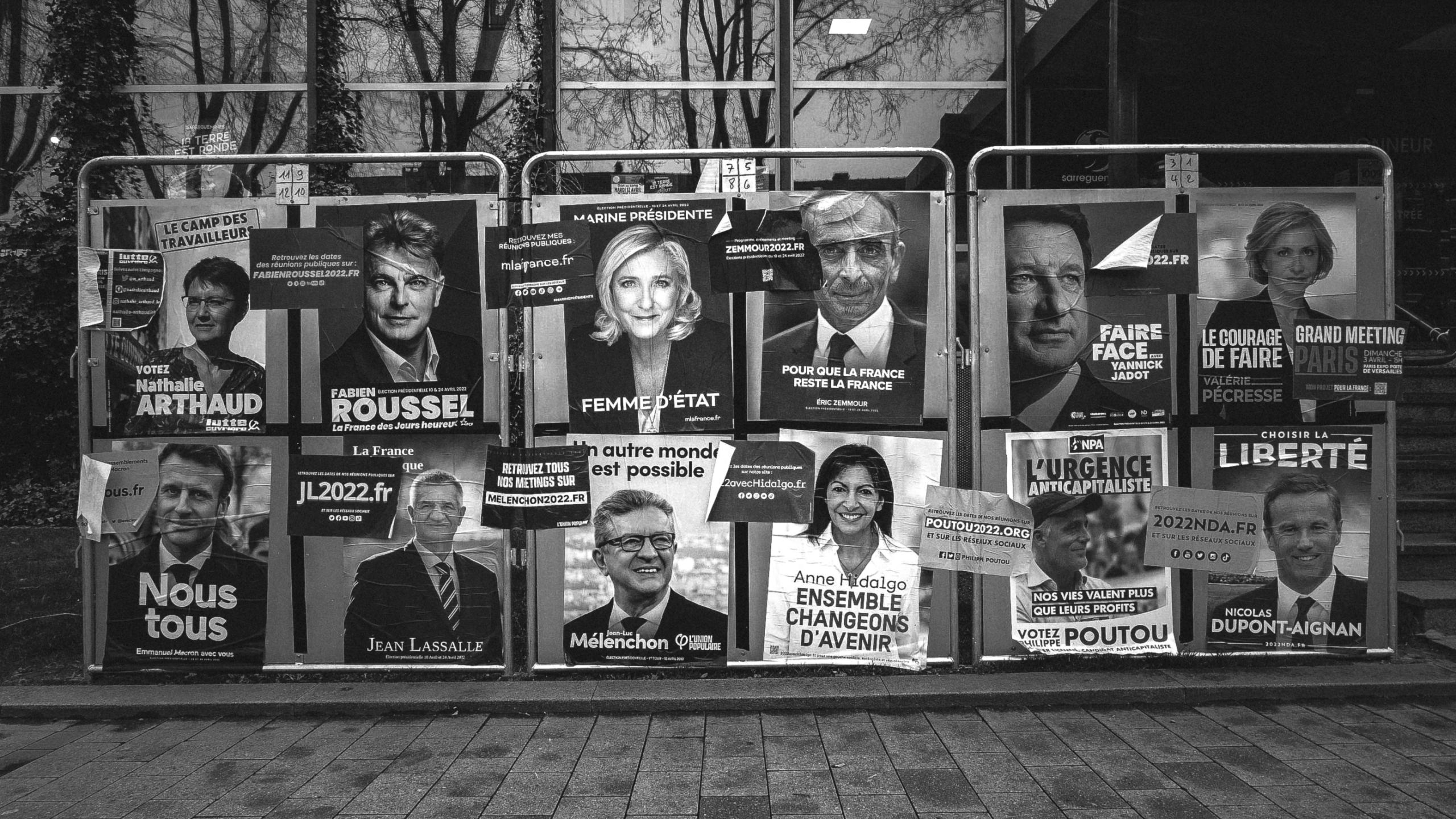 Everyone wants to be president. French election adverts, April 2022.

Fought out in the second and final round, by two rightist parties purporting to be ideologically distinct, leftist parties had earned enough votes in the first round that they could have made it to the final if they’d been tied up together from the start.

Though there are many reasons why this did not happen – discussed at length by Maxime Sattonay and Joel Schalit in this new edition of Left To Burn – the results are familiar. Progressive parties had once again failed to advance to government.

Considering how monopolised EU politics is by centrist and right-wing parties, the advances made in the presidential poll by La France Insoumise is especially frustrating given how broadly shared its concerns are by other left-wing parties.

A France run by socialists might seem like a pipe dream. But, with centre-left parties already leading governments in Germany, Portugal and Spain, it’s not unreasonable, and likely healthy, given the country’s enormous social and environmental problems.

Boasting the world’s fifth-largest economy, the third-largest in Europe, and the EU’s largest Muslim population, French politics are as important and paradigmatic as German politics, if not more so. Anything that happens in the country goes global.

If only France could break free of the conservative forces that have held it back in recent decades. Having to choose between neoliberal and nationalist rightists for the presidency doesn’t suit a democracy and begs for something far different.

Not all is lost, of course. Far from it. Especially in this thoughtful and wide-ranging conversation, which isn’t afraid to pull punches.

Photograph courtesy of Caratello. Published under a Creative Commons license.