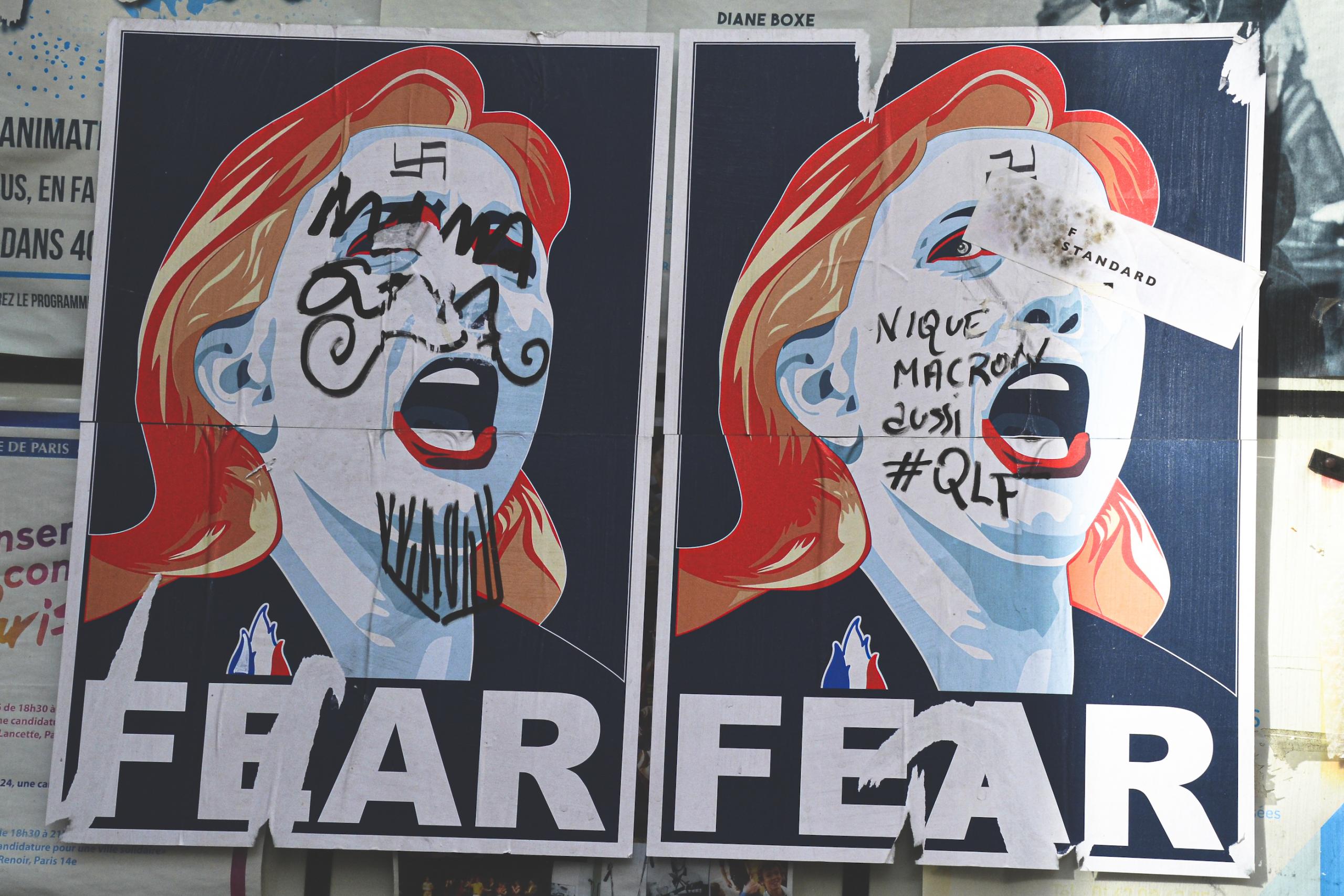 Might as well be Macron. Anti-Le Pen flyers, Paris.

A French topic has to have global significance to appear above the fold. Even then, it’s mostly European media that pay attention, not North American.

Even though France has been in the midst of an intense election season the last few months,  it’s mostly been second and third-page equivalent news.

If there’s been a big story, it’s been the presidential campaign of outspoken racist Eric Zemmour and his Identitarian politics. That is, until Ukraine.

An ally of Russian leader Vladimir Putin, foreign press started talking about what impact a Le Pen victory might have on the war, and the Western alliance’s support for Kyiv.

Well-known for her distaste of France’s membership in NATO, it was a justifiable reason to up the coverage.

Not to mention, use it as an opportunity to discuss how a Le Pen victory might impact the European Union. A former MEP (2004-2017), she has made no secret of her desire to leave the bloc.

Such concerns made the first round of the French election, which took place on Sunday, a bigger story than expected.

It shouldn’t have had to happen this way. But in the end, it was a good thing. French politics always have implications for the rest of the world. Not just Europe.

They don’t just have to be significant because of crises like the conflict in Ukraine.

Renamed Rassemblement National in 2018, its politics are mostly the same, albeit more gradualist in its rhetoric.

Rassemblement is no longer openly anti-EU. It just wants to reform the Union, or so it says, while younger populist parties – and politicians like Zemmour – get to sound more radical.

In the interim, Emmanuel Macron’s neoliberal La Republique en Marche (LREM) party has appropriated their bad racial politics and mixed it up with their own flavour of libertarianism.

A French national, Sattonnay has spent his career working for EU media and civil society activists.

Battleground Editor-in-Chief Joel Schalit called Sattonnay to discuss the first round of the vote and what he thinks comes next.

What transpired is a candid look at French politics, and the leftist La France Insoumise party, which almost made it to round two.