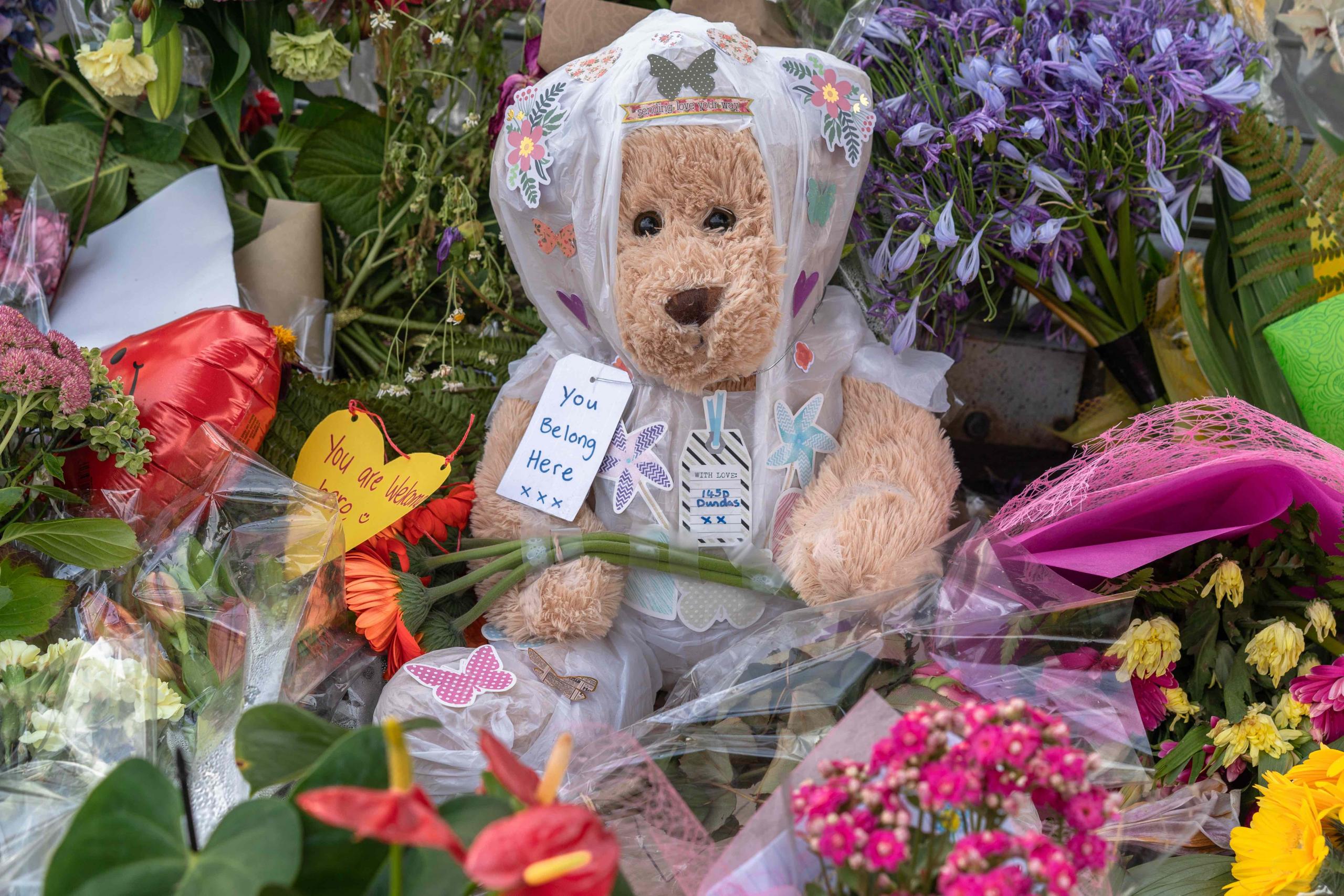 “Massacre in #NewZealand, condemnation and utter contempt for the odious murderers, prayers for the innocent victims, compassion for those who say ‘it’s always Salvini’s fault’,” he wrote last Friday, in a translation provided by AFP.

Of course, that was not what the deputy premier was actually doing. Not as exactly known for his compassion towards Muslims, he was offering an olive branch amidst the carnage, albeit one with a caveat: As long as we don’t put the knife in Matteo Salvini’s hands, all will be okay.

It was an astonishingly calculating remark to make given the killings, one that revealed as much about the Tweeter’s megalomania as it did his anxiety. This guy is one of mine, but don’t blame me for his actions. Don’t make me the whipping boy for crimes inspired by my ideology.

That’s also where the Tweet failed. Though it may very well appeal to Salvini’s xenophobic followers, who devour his declarations about clearing Italy, street by street, of migrants, as though he were the second coming of Il Duce, it was a personal admission of responsibility for incitement.

Maybe not in Christchurch, but everywhere where asylum seekers are impacted by his policies against them, whether it be leaving them in the Mediterranean to drown, or homeless on Italy’s streets, having shuttered the refugee centres they call home.

New Zealand may not be Macerata, where Luca Traini a neo-Nazi follower of Salvini gunned down six African migrants in February 2018. But, increasingly, the Lega chief, through his social media presence, is a global influencer. So much so that every political advance he makes in Italy is taken as a victory for fascists worldwide, like Brenton Tarrant, the Christchurch assailant.

The name inscribed on one of Tarrant’s weapons, recovered after the massacre, speaks for itself: Luca Traini. Currently serving a twelve-year sentence for last year’s attack, Traini’s attorney, Giancarlo Giulianelli, was quick to denounce the Christchurch killings and distance his client from them.

“There is absolutely no connection,” Giulianelli said, describing the shooter’s invocation of Traini’s name as “disconcerting”, the attorney told the Italian edition of The Local. “Fools are born every minute everywhere in the world.” The problem is that a growing number of them are losing their inhibition to murder. Not just anyone, but foreigners. Muslims, in particular.

So outspoken have far-right politicians become in the last decade, in blaming minorities and migrants for the social ills that have befallen the West that white ethnics have grown increasingly radicalised. Whether they’re Australians, like Brenton Tarrant, or Italians, like Luca Traini, they’re all culturally European and see themselves as facing the same challenges from outsiders.

Hence, the significance of seemingly successful, far-right politicians like Matteo Salvini, in ascending to positions of national leadership in the European Union. Unabashedly racist, willing to dispense with every conceivable discursive restraint common to rightists during the Cold War, the Italian deputy premier has made it seem safe to be fascist, in European politics, again.

That’s why so many on the right, from European Parliament President Antonio Tajani to Brenton Tarrant, feel free to explore politics associated with authoritarianism. Whether it’s praising 20th-century fascism in Italy or killing Muslim worshippers in New Zealand, it’s all part of an emerging continuum.

That’s what’s so dangerous about the current political climate and why Europeans, in particular, need to step back and ask themselves how they’re contributing to the crisis.

Evidently, Salvini’s words do inspire people to murder, in New Zealand as well as in Italy, where racist violence is on the rise. And the political echelon is willing to adjust itself to his ideological example, as per Tajani’s repetitive endorsements of Mussolini.

Unsurprisingly, as The Guardian reported two days after the Christchurch attack, Tarrant may have been radicalised in Europe. Repeatedly citing and exhibiting the influence of groups such as France’s Generation Identitaire in a manifesto sent to the authorities minutes before his attack, the Australian was clearly on top of the most au courant currents in European fascism.

The idea that Matteo Salvini might have been an influence ought to be taken for granted. Of course, he is. White nationalists worldwide are very keen on Salvini because they look to Europe’s far right for ideological leadership. The issue is how Europe takes responsibility, particularly a transnational political bloc like the EU, which was founded in response to a disastrous world war initiated by far-right, AKA fascist politics, like this.

Salvini is not so much an intellectual innovator but a collective front person for a variety of nationalist, anti-democratic political movements which imbue him with ambassadorial authority. What goes on below ground is what powers him above ground. He can’t be blamed for the Christchurch massacre, but Salvini can be attacked for fostering an exemplary political climate in Italy, in which such killings appear more reasonable in general.

The question is what to make of his admission of guilt gaffe. Is it worth anything morally? Yes, insofar as it is an indictable admission of political sympathy, which is very much in keeping with Matteo Salvini’s style. He likes to signal that he is a fascist, to fascists, by, for example, copping lines from Benito Mussolini, or paraphrasing Ezra Pound. This is no different. It’s not exactly profiting from the massacre, but it is piggybacking on it to reassert his far-right credibility. I got this too, is the message.

That’s an extremely dangerous line to walk, but it is one which any politician in Salvini’s unique position would be tempted to mine. Particularly if they are as buoyed by the love they get from social media as he is.

It’s all about call and response. The deputy premier’s popularity might not be wholly real, but it echoes loudly enough to convince news media that his triumph over Italy’s political establishment is inevitable. From The Economist to Politico, it’s not about if but when.

That’s the problem with Salvini tying himself to the Christchurch massacre. He inserts himself into the event as though it was about himself, not the murder of fifty innocent Muslims. It’s the height of narcissism, but one which is at the core of authoritarian personalities who see themselves in each and every instance of political significance. Never mind the body count that accrues along the way.

Not every media organisation can bear criticism, even self-criticism, but others require it to keep going. END_OF_DOCUMENT_TOKEN_TO_BE_REPLACED

Foucault once suggested that Clausewitz’s famous observation, “war is not merely a political act but a real political instrument” carried out by other means, be reversed, with politics made an extension of war. END_OF_DOCUMENT_TOKEN_TO_BE_REPLACED

Brexit will turn three on the last day of January, over six years since the 2016 referendum kickstarted Britain’s race to the bottom. END_OF_DOCUMENT_TOKEN_TO_BE_REPLACED