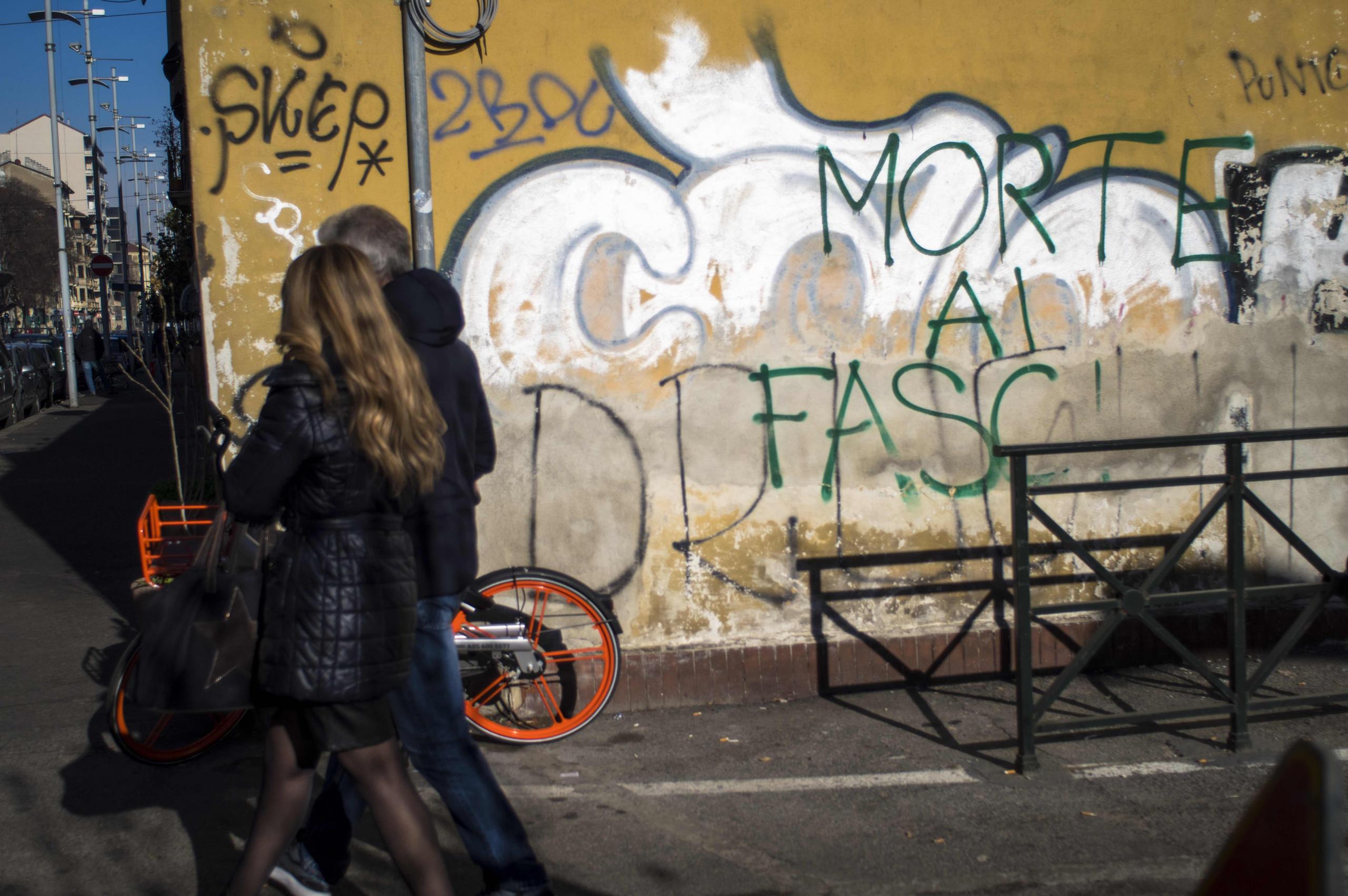 Berlin would brook no competition, it turned out. Austria would be part of the Third Reich. Mussolini would have to be content with Ethiopia, which he would struggle to conquer. The July assassination of Austrian Chancellor Engelbert Dollfuss, by Austrian Nazis, would close the deal.

The next time the leadership of Germany and Italy’s biggest fascist parties would meet, the reverse would prove true.

Europe’s most senior far-right leader, the scandal-ridden Rassemblement National head and MEP Marine Le Pen, was nowhere to be found.

Though a friend and ally of Salvini, her conspicuous absence helped cast doubts on the seriousness of the Italian deputy premier’s endeavour, leaving him to address a press conference flanked by the far junior Meuthen, and otherwise unrecognisable Finnish and Danish fascists.

Still, the irony of the Germans having to play support to the Italians was not lost on anyone with a sense of history. Not only was the leadership of the AfD — Alice Weidel and Alexander Gauland — not present at the meeting. Jorg Meuthen is its only current legislator in Brussels.

Whatever the actual voter turnout will prove to be in May’s EU elections, according to the polls, Meuthen will likely be joined by several other Alternative für Deutschland MEPs in the European Parliament. However, he will still have to answer to Salvini’s Lega, who are tipped to earn up to 28 seats, making them the second largest party in parliament after Germany’s Christian Democrats (CDU).

You don’t have to like the Lega in order to savour the irony of Germany’s most successful fascist party since WWII having to suck up to its equally unsavoury southern cousins. But, there’s crow to be eaten, and, if one must grant Matteo Salvini anything, it’s having superseded Il Duce with Berlin.

Indeed, considering the chip Salvini carries on his shoulder about German dominance of the European Union, Italy’s leadership of the evolving Eurofascist right is its own revenge.

That is, if you buy into the idea that it is a victim of the EU’s fiscal and migration policies, and blame everything that’s wrong with Italy on Brussels. Like Salvini, and his Lega party, along with his coalition partners, the nominally centre-left Movimento Cinque Stelle (M5S).

Leading Germany within the siloed context of a far-right parliamentary group hints at a possible overcoming that all Italians aspire to, to be treated equally and more fairly, by Europe’s north. So what if it’s not a greater majority of parliamentary seats than the CDU. You have to start somewhere.

Thus, the appeal of Matteo Salvini and his politics, in Italy. Salvini is looked up to because he challenges the north-south hierarchy so unequivocally, and historically. That he offers nothing politically new or egalitarian, economically, is beside the point.

It’s just about being on top, about getting respect, in a typically masculine, albeit gangsta sort of way. You might as well call it ‘bro’ politics, to use hip-hop vernacular. Why that’s satisfying, politically, is key to decoding the appeal of fascist politicians like Salvini.

The reality is that the imbalance of power between the northern and southern EU will remain the same, whether the Lega receives the high level of votes it is expected to receive, or not. In contrast to the preceding government, Italy’s economy has contracted under Salvini’s partnership with M5S.

Expect Italy’s economic outlook to worsen if the country finds itself having to go to the polls again later this year, or early next, if the prospects for a fully right-wing government come true, and the country elects another Lega-Forza Italia coalition again.

Look to the Berlusconi era for examples. Far-right governments always run Italy into the ground. They promise the best but deliver the worst.

Mussolini’s example is most instructive because he espoused a similar rhetoric of economic reform to Salvini while leading the country into a series of wars that led to the country’s ruin and successive military occupations, first by Germany, then Allied forces.

Hence, the importance of looking at this week’s meeting in Milan with an eye to the past. Matteo Salvini may be restoring a sense of pride among Italians by initiating a new movement to “transform” Europe. But to what end? Reinstating borders is code for political regress.

Nostalgia is self-destructive. It inspires feelings of power that offer no actual empowerment. It changes nothing other than give far-right parties like the Lega, who are already in power, even more power, and helps return older, often discredited right-wing parties, like Forza Italia, to office.

The key to selling that to the Italian public are events like this week’s meeting in Milan, which, though held in a spirit of so-called solidarity amongst extremists, are in reality about projecting Italian leadership of Europe, albeit through the European far-right. Not reforming the EU.

If Matteo Salvini is successful in creating a new bloc in the European Parliament, with comparable representation to the European People’s Party and the Socialists & Democrats, its ultimate power won’t be in the influence it wields legislatively. Rather, it will be in the image it projects of a more successful Salvini.

That’s what the program of the proposed European Alliance of Peoples and Nations practically amounts to. It is a typically authoritarian platform, to create the equivalent of a supreme leader — one who can govern Italy unchallenged, through Europe.

Brexit will turn three on the last day of January, over six years since the 2016 referendum kickstarted Britain’s race to the bottom. END_OF_DOCUMENT_TOKEN_TO_BE_REPLACED

Be careful what you wish for. It may be a cliché, but it’s one the Greens are learning all over again. END_OF_DOCUMENT_TOKEN_TO_BE_REPLACED

Before his arrest, Andrew Tate was just another influencer with bad politics. END_OF_DOCUMENT_TOKEN_TO_BE_REPLACED