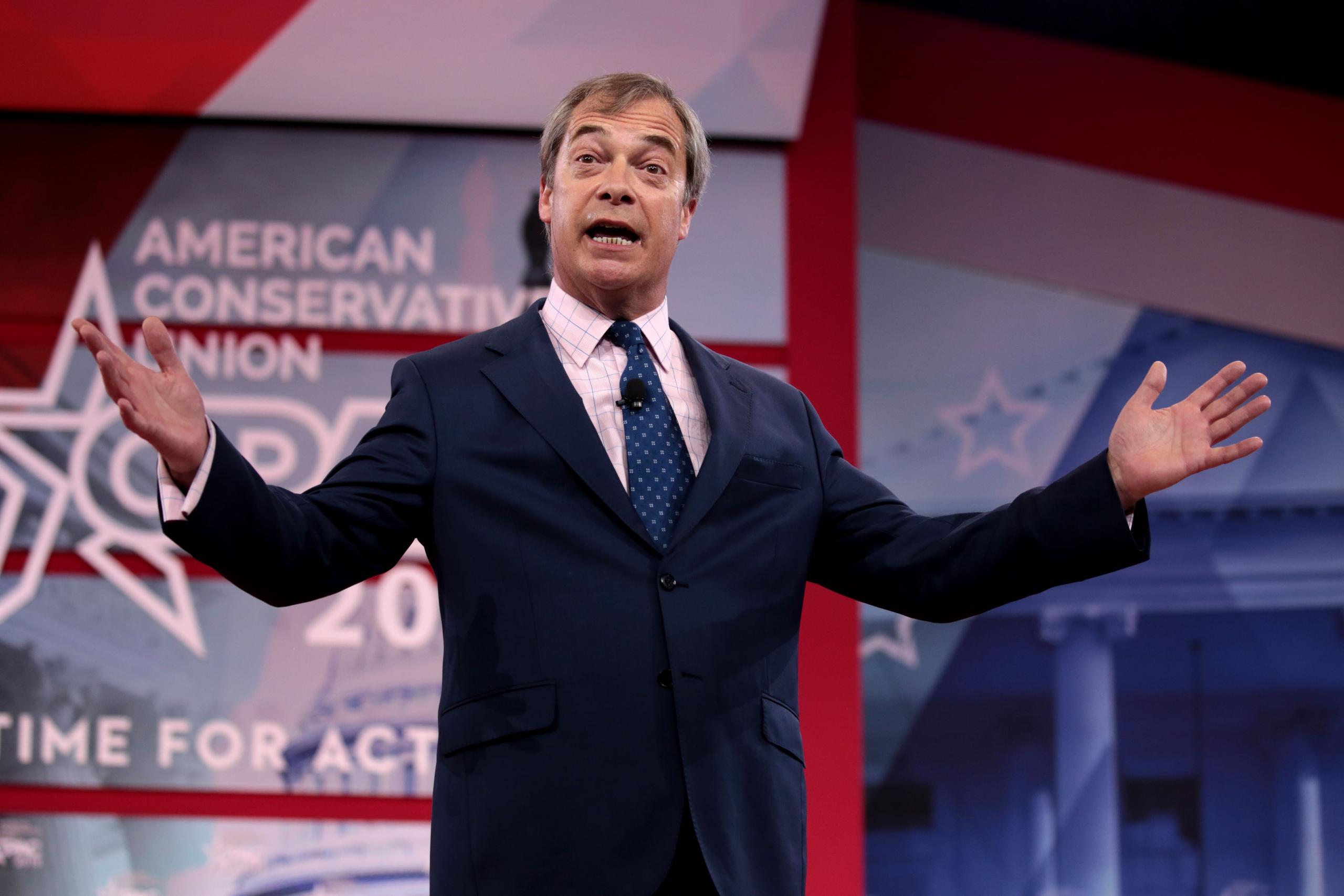 Report on events and focus on issues and the people who are affected but don’t provide a platform for populists, nationalists and xenophobes to spread lies to whip up fear and hatred.

If the UK’s media had adopted this approach, we might not be in the Brexit mess we are in today. And Labour MP Jo Cox might still be alive.

I’ve decided to break my own rule because sometimes things need to be called by their name.

We need to talk about Nigel.

When Nigel Farage was a relatively unknown MEP earning his living being rude in the European Parliament, he was embarrassing but not taken seriously.

Farage wasn’t representative of UK politicians after all and was largely laughed at. I worked at an EU media at the time and watched his antics with consternation.

I kept explaining that MEPs couldn’t get away with that kind of behaviour in the UK parliament, which he has never managed to get elected to of course.

What concerned me more were colleagues posting video clips of his antics to generate web views or organising beers with ‘Nigel’ and his aides to guarantee a clickbait story.

No surprise then that he has made more appearances on the BBC’s Question Time programme over the years than any other guest, apart from the longest standing member of the House of Commons, Ken Clark. Nigel Farage draws a crowd.

It was easy for him to ride the wave of disaffection with politicians. He wasn’t part of the Westminster establishment and he railed against Brussels with no fear of reprisal. In retrospect, Brexit was an easy sell.

As the dial moved to the right in British politics, Farage and friends gathered more support and media coverage by blaming the EU generally and migration specifically for the UK’s domestic problems.

It is still staggering to me that his Breaking Point campaign poster modelled on Nazi propaganda, or UKIP’s political broadcast on ITV and the BBC, demonising refugees and Turks, was not sanctioned by the UK’s media regulator, Ofcom. Or called out more by the media at the time.

And so, the very same day that Farage unveiled his shameful poster, a British nationalist shouting “Britain First” stabbed and shot Jo Cox, an advocate of tolerance and support for refugees. Farage rejected any implication that just maybe his words had consequences and it was time to temper them.

This is James O’Brien’s epic monologue on the state of Brexit following the disappointing local election results for the Tories and Labour.@mrjamesob | #LocalElections2019 pic.twitter.com/n8CnRUUJmn

;
Since then we’ve seen the rise and fall and rise again of the rabble-rouser that is Nigel Farage. With no let up in his lies or divisive rhetoric.

Getting his own funded show on LBC radio kept him on the airwaves and in the minds of UK voters, despite no longer leading UKIP. Not to mention nicely supplementing his MEP salary and pension. Money talks as they say and Farage talked a lot.

But after almost three years, Brexit slowed inevitably to a standoff, and political paralysis set in. Perfect timing to mount a political comeback.

The overriding image I retain of the man is standing atop a windswept bus in the north-east of England, crestfallen at his thinning crowd of supporters.

A foolhardy few braved the elements and paid 50 quid each for the dubious pleasure of following Nigel Farage, like the Pied Piper, in an ill-conceived march from Sunderland to Westminster.

Except of course he talked the talk but didn’t actually walk the walk.

It looked like this was the beginning of the end for Farage. The wind had been taken out of his sails and Brexit was devouring its creator.

But never underestimate the populist who has honed the art of playing the underdog.

Launching the Brexit party in time for the European Elections was a masterstroke.

On the face of it, the risk is to split the Brexit vote with UKIP, now occupying only 4 of its original 24 seats in the European Parliament, with 10 former UKIP MEPs having switched to Nigel’s new party.

The reality is that the Brexit party is proving a magnet for disaffected Brexit voters from all parties, but most notably the Conservatives. Whilst Labour haemorrhages remain voters, and the anti-Brexit parties splinter the remain vote.

While the government and opposition seek to seal a withdrawal deal to stem further Brexit losses, Nigel Farage positions himself to emerge victorious in the European elections, like a phoenix rising from the ashes. Effectively bringing himself full circle. And raising the spectre of Groundhog Day for the rest of us.

But what comes after? What about the surge in support for remain parties at the local elections?

The Greens are surfing a wave of concern for climate extinction, the Lib Dems are experiencing an anti-Brexit revival, and the Change UK party, whilst in its infancy, offers a home for disaffected Labour and Conservative remainers.

If there was one clear conclusion from the local elections result it was that the vote swung towards remain parties. The European elections are now seeing new parties and new candidates from different walks of life entering the fray.

Ironically, voting to leave the EU might just have made EU style coalition politics more likely. In which case, Nigel may inadvertently usher in a new era of representative democracy in UK politics.

We can only hope that this time the British media are better prepared to take on the liars, call out the populists and reality check their election claims.

Brexit was the making of some journalists, but the breaking of many more. It exposed a worrying complacency in our democratic system, a sense of entitlement in our political classes and, with a handful of exceptions, a dearth of EU knowledge and quality journalism in our media.

Maybe, just maybe, holding the divisive narrative and misleading rhetoric of Nigel, Boris, Jacob, Tommy and friends to the light will mark a revival in British journalism and the renewal of British politics.

Now that would be a Brexit dividend.

Foucault once suggested that Clausewitz’s famous observation, “war is not merely a political act but a real political instrument” carried out by other means, be reversed, with politics made an extension of war. END_OF_DOCUMENT_TOKEN_TO_BE_REPLACED

Brexit will turn three on the last day of January, over six years since the 2016 referendum kickstarted Britain’s race to the bottom. END_OF_DOCUMENT_TOKEN_TO_BE_REPLACED

Be careful what you wish for. It may be a cliché, but it’s one the Greens are learning all over again. END_OF_DOCUMENT_TOKEN_TO_BE_REPLACED