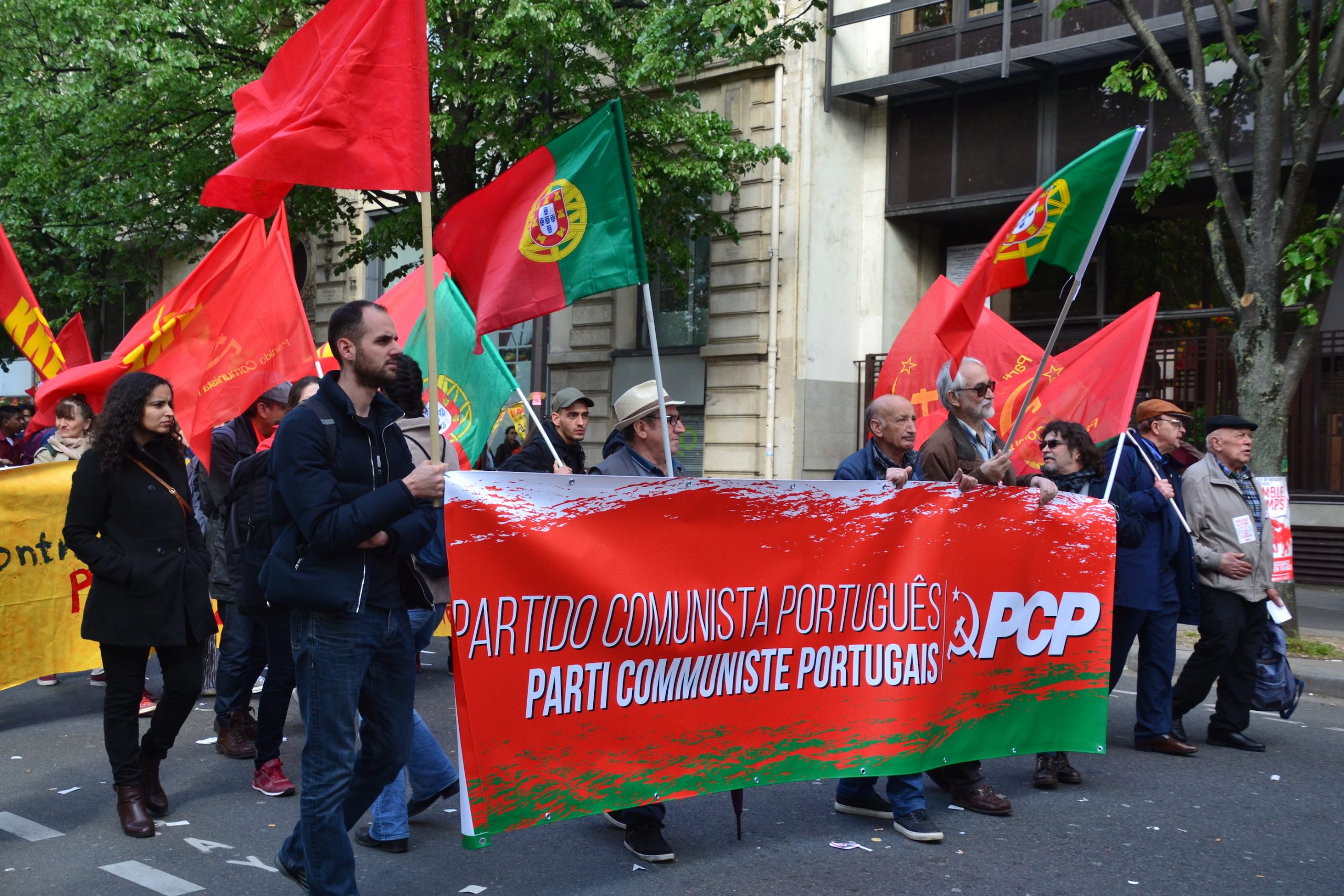 The result has been a relatively resilient coalition running from the centre to the far left, one which has managed to retain the confidence of international banks and investors while resisting the implementation of radical austerity measures undertaken in Spain, Greece, and elsewhere.

The Portuguese approach, which might with some charity be referred to as “austerity light” is perhaps not ideal, but has generated better outcomes than in other countries subjected to the discipline of the Troika in the wake of the crises of 2008.

On the other hand, what it has done is created the paradoxical situation in which the Socialist Party, having achieved social stability through alliances with parties further to the left, has put itself in a position to dispense with them entirely.

The news from the social-democratic left has, in the last few years, not been terribly promising. This is, by and large, a European story since the left in the United States in the 20th century was vestigial at best.

But even in Europe, where parties of the social-democratic left had managed to compete electorally, recent years have been marked by an alarming loss of traction.

In an interview earlier this year, political scientist Mark Blyth noted that one reason for this is the effect of globalisation.

“The first thing neoliberalism did, in a sense, was to globalise labour markets and thereby render labour’s ability to command its share of national income obsolete. Then you have that product-market effect and it [eats through product] markets. In a sense what happened was all of the little cartel structures, corporatism in Germany—let’s think product-market coalitions, all that sort of stuff, that kept the national economy insulated, all the little rules about who could buy your stocks on the stock market etc.—all of that was stripped away.”

Liberalisation of capital markets subjected national labour markets to an ostensibly impersonal wage and benefit discipline (over and above that already exercised by domestic owners of capital).

This had the effect of robbing social democratic parties of the primary goods that they had traditionally delivered to their constituents.

With the European labour movement following that in the US down the path of “bread and butter unionism”, the traditions of political radicalism of the prewar decades have either lost their vibrancy or, as in the case of the Labour Party in the UK, been forcibly extinguished.

The public face of neoliberal orthodoxy is the so-called “Troika”, the collaborative enterprise comprising the European Commission, the European Central Bank, and the International Monetary Fund.

The policy prescriptions that flow from this group are a sort of one size fits all amalgam of capital liberalisation and privatisation of the kind that used to be referred to as the “Washington consensus.”

The Troika’s nostrums are based on the idea that sovereign debt is the primary threat facing industrialised economies and the belief that causing economies to contract (by taking money out of the hands of consumers) can ultimately lead to growth.

These prescriptions are presented as having the same status as the truths of natural science: ideas propounded “sine ira et studio” as the only way to avoid the threat of insolvency. Such is the power of this narrative that parties of the social-democratic left have often allowed themselves to become complicit in their implementation.

This was the case with the Partido Socialista Obrero Español (PSOE) which dumped 59 seats in the Spanish parliament in the elections of November 2011, three years in coalition with the centre-right Partido Popular (PP).

As the executor of a Troika-driven policy of austerity, the PSOE ended up on the hook for policies that dealt out economic pain predominantly to the party’s own voter base.

European social democratic parties in the postwar era have in most cases been compelled either to accept semi-permanent exclusion from government or to join some variety of grand coalition, generally as the junior partner. Such coalitions always imply the danger that a party will be viewed as collaborating in policies that run counter to the interests of its constituencies.

This danger is particularly acute in periods of crisis like the one beginning in 2008. Given the inability of social-democratic parties to deliver the goods, and their propensity to behave in ways that make them complicit in contractionary austerity, it is hardly surprising that a political space has been created into which the politics of chauvinism and xenophobia have flowed.

Portugal has, in the last four years, been a partial exception to this tendency. The Partido Socialista (PS), having spent three years in coalition with the Partido Social Democrata (the centre-right PSD), finally decided to cut its losses.

Rather than continuing with the policies of wage and benefit cuts prescribed by the Troika, the PS struck up an unlikely alliance with the Partido Comunista Português (PCP) and a grouping of smaller leftist organisations united under the rubric of the Bloco de Esquerda (BE).

The resulting coalition is locally referred to as the geringonça (contraption), which is an indication of how it seems even to those involved.

This sort of coalition is unusual, to a great extent because parties further to the left than the social democrats (and this is a generalisation that holds across Europe) tend to be either too small to make a difference or too ideologically rigid to sign on or both.

The participation of the BE is particularly notable, given that they count Trotskyites (who tend to be very doctrinaire even by the standards of Marxist groups generally) among their subgroups.

The PCP has historically been one of the most resilient in southern Europe.

Álvar Cunhal, the leader of the party for much of the postwar period was singular among southern European communist leaders. Less creepy than Carillo and less credulous than Tagliotti, Cunhal helped the party navigate a course through the complex political landscape in the era after the end of the Salazar dictatorship.

At one point in the 1970s, the PCP received 20% of the votes in the national election, although its proportion declined after that.

Still, both the PCP and the BE retained enough support, particularly in the southern part of the country and in the industrial areas in and around Lisbon to make attractive and viable coalition partners for the PS when its leadership chose to move in another direction.

The record of the PS-led left coalition has been better than that of the PSOE in Spain.

The government began its tenure by rolling back many of the wage and benefit cuts instituted by the previous government at the behest of the Troika, as well as by cancelling (at least temporarily) the policy of privatisation.

But, much as that caused consternation among creditors and bondholders, the PS undertook other policies meant to keep the faith with these interests.

One major aspect of their policy has had to do with real estate. Portugal did not experience the massive cycle of boom and bust in the real estate market that afflicted Spain and Ireland.

On the other hand, the government seems clearly to have recognised the synergies created by the nexus between real estate and tourism, passing a number of laws making it easier for owners of property to extract profits from operations such as AirBnB.

There have also been extensive concessions made to property developers in the hopes that construction and augmented facilities for tourists would offset Portugal’s relative weakness in the export sector.

Although GDP growth in Portugal has slowed considerably in the last five years, the unemployment rate is still relatively low by southern European standards. This is one important factor in the continued, and in fact, growing support for the PS.

In the national elections held earlier this week, the PS garnered 36.65% of the vote and, more importantly, 106 of the 116 seats needed for a majority in the Portuguese parliament.

Needing only ten seats to form a government, the PS now has far more latitude than it did prior to the elections. It could ally with the PCP, or the BE, neither of whom controls enough seats to get them over the threshold.

This in and of itself simplifies matters since it reduces the number of commitments needing to be made in order to form a government. But they might also opt for a shift to the right.

Given the softness of Portugal’s economic performance in recent years, another option is to get the country’s fiscal house in order by uniting with the PSD in a coalition in which it would be the senior partner.

Yet again, the PS might choose to reconstitute the geringonça with a slightly more advantageous relationship to the other parties.

The PS has mostly gotten what it wanted out of the contraption. They have fed the real estate and property sectors while still maintaining some credibility with the more leftward oriented elements of their constituency.

The party leadership might view it as advantageous not to allow the formation of a bloc to its left which might force it into a coalition with the PSD that would be more in the nature of a shotgun wedding than an alliance.

One might also look at this from the point of view of the BE and the Coligação Democrática Unitária (CDU), which combines the PCP and the Partido Ecologista.

As regrettable as the many of the pro-business maneuverers of the PS are, the coalition itself is probably worth preserving because it presents the best opportunity for access to the levers of power.

The question remains as to whether some mode of participation can be arrived at, which balances that opportunity with the danger of being implicated in neoliberal reforms to Portugal’s economy.

For now, the process of horse-trading is going in and its outcome is difficult to predict. The process underway has major strategic implications for parties of the left or at least those that pursue electoral strategies throughout Europe.

In the interview referenced above, Mark Blyth noted that he had told a meeting of Germany’s Friedrich-Ebert-Stiftung that the Sozialdemokratischen Partei Deutschlands (SPD) was unlikely to remain relevant for more than three more electoral cycles.

While this is perhaps unduly pessimistic, it is clear that the SPD is losing ground and symbolic traction to groups at the other end of the spectrum such as the AfD.

Blyth’s solution is a sort of recolonisation of the party, a hollowing out and refilling with new content which would (among other things) allow the formation of a Red-Red-Green coalition.

The formation of a coalition with Die Linke, a party partly composed of remnants of the Sozialistische Einheitspartei Deutschlands (SED) ( the Socialist Unity Party, East Germany’s former communists) has always been viewed as a bridge too far by the SPD at a national level.

But the question now is what is the best kind of government to combat the challenge posed by the populist right. The SPD already sits in such a coalition in Berlin’s state government and it works, more or less.

Coalitions of the sort found in Portugal could not be more relevant or necessary right now, and voters continue to elect them.

With the Greens poised to be the next big party in German politics, it behoves the German left to take a good look at how their Portuguese contemporaries are doing.

Considering the escalating threat to German democracy posed by the country’s far-right, Portugal might very well have an antidote. Watch this space.

Foucault once suggested that Clausewitz’s famous observation, “war is not merely a political act but a real political instrument” carried out by other means, be reversed, with politics made an extension of war. END_OF_DOCUMENT_TOKEN_TO_BE_REPLACED

Brexit will turn three on the last day of January, over six years since the 2016 referendum kickstarted Britain’s race to the bottom. END_OF_DOCUMENT_TOKEN_TO_BE_REPLACED

Be careful what you wish for. It may be a cliché, but it’s one the Greens are learning all over again. END_OF_DOCUMENT_TOKEN_TO_BE_REPLACED